Your humble servant is in the process of responding to objections to the proposal contained in this post [1] and this post [2], and those who are new to the conversation should read those first in order to understand the following.

The objection I want to answer in this post is, essentially, this: The employees don’t stand to lose anything if the business fails, while those who invest money do, and I haven’t properly considered that in giving the employees shares in recognition of the value they impart to their firm. 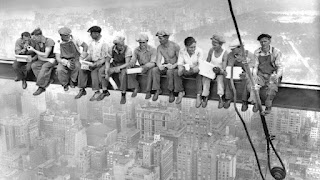 This objection simply fails to understand the nature of money. While money is certainly a store of value, it isn’t equivalent to value. It is a means of exchange into which value is abstracted so that we don’t have to barter between sheep and chickens. It is a convenience that we wouldn’t want to live without, but when money becomes mistaken for value, we end up with a distorted view of the way things operate in the economy.


Now in most market transactions we seek to exchange equivalent values. Say you’re selling sandwiches. You conclude that a certain sandwich is worth four dollars. If I agree that it is worth that much, and I want a sandwich, I will be willing to give you four dollars in exchange. Presumably, the ingredients of the sandwich didn’t cost you four dollars, and your time spent in making it wasn’t worth as much, but the two together were. In this way you make a profit over and above the cost of the ingredients. But when we add in the value of your labor, we have engaged in an even exchange.

But the situation is different when it comes to an employee. The full value of an employee’s work isn’t realized by him because it would make profits impossible. Profits are derived from the difference between the value given by the employees and their compensation.

This is easy to see using our sandwich example. When someone makes a sandwich, or any other product for sale, he realizes the value of his labor when he sells it. But this only works insofar as he makes the product himself. If he employs the labor of others, then the compensation he gives to those others becomes a cost to him, along with materials. And if the employees were able to realize the total value of their work, there would be nothing left over for profits, which would have been realized by the employer if he was doing all the work himself. 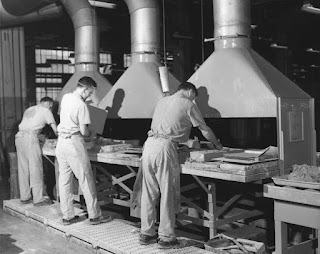 
The capitalist’s answer to this problem is to deny that it exists. The Marxist answer has been to abolish ownership of the means of production. What I am trying to accomplish, on the other hand, is restore the loss of value to the employee, in a word, restore the employee’s property.

Apart from this, to claim that employees lose nothing from a failed business is to ignore their opportunity costs. Instead of working somewhere else they chose to work for the business that ended up failing. That ends up being quite an expense if the other opportunity was one where they could have ended up better off.

“Opportunity costs represent the potential benefits an individual, investor, or business misses out on when choosing one alternative over another.” [3] Employees of a business that fail can lose a lot in terms of opportunity cost, even if they haven’t directly lost any money. Here again, the conceptual error arises from mistaking money for value.

Labor is viewed by a business as a cost. And costs don’t have costs. But labor consists of people, and people do have costs. Even if they're employees.