Not all regulations are anti-business. The fact is, sensible regulations are a benefit for ethical companies. Businesses which have abandoned the moral compass try to cut costs in a way that harms their employees, the public, or the environment. This gives them a competitive advantage over those which do not have such inclinations.

“Four of the world’s largest automakers have struck a deal with California to reduce automobile emissions, siding with the state in its fight with President Trump over one of his most consequential regulatory rollbacks.” [1] The Trump administration’s plans to “eliminate an Obama-era regulation designed to reduce vehicle emissions that contribute to global warming.” But “California and 13 other states have vowed to keep enforcing the stricter rules, potentially splitting the United States auto market in two.” 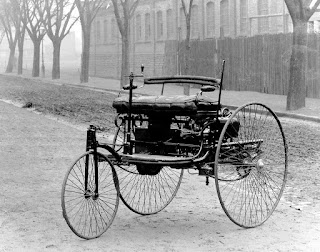 Now the automakers don’t want to build two kinds of cars for the United States market, one meeting the California standards and the other meeting the relaxed requirements of the Trump administration. It makes sense for them to work out a standard that will apply across the country. And so “they opened secretive talks with California regulators in which the automakers — Ford Motor Company, Volkswagen of America, Honda and BMW — won rules that are slightly less restrictive than the Obama standards and that they can apply to vehicles sold nationwide.”

The President’s countermeasure will be to try to “revoke the legal authority of California and other states to impose their own emissions standards.” [2] A belief in federalism and state’s rights is situational, you see. So, with that looming threat, it behooves us to examine whether he could actually achieve such a prohibition.

And the answer is yes. The Clean Air Act prohibits a “State or any political subdivision” to “adopt or attempt to enforce any standard relating to the control of emissions from new motor vehicles or new motor vehicle engines….” [3] There is an exception for a state which adopted emission standards prior to March 30, 1966 where the state’s requirements are just as stringent, and then the state must request a waiver from the EPA. But the only state which had such emission standards prior to the cutoff date was California, and the EPA can refuse permission if, among other things, it finds that the state is being “arbitrary and capricious….” So take a guess how that’s going to turn out.

What we have here are car manufacturers who are interested in being good environmental citizens when it comes to emissions, and President Trump wants to put them at a competitive disadvantage as against companies more solicitous of their bottom lines. This is because he proclaims himself a nonbeliever in basic science. And our educational system is so bad he gets away with it.
Posted by Jack Quirk at 11:22 AM