They're Not Really Serious


As reported by the Associated Press,

“The Trump administration has filed a lawsuit seeking to undo California laws that extend protections for immigrants living in the United States illegally.

“The lawsuit was filed late Tuesday in Sacramento. It says three state laws intentionally undermine federal immigration law. Among other things, the legislation bars police from asking people about their immigration status or participating in federal immigration enforcement activities. Another law offers protection against workplace raids.

“The Justice Department says those laws hinder immigration authorities and are unconstitutional.” [1]

This means that, while the federal government may not compel state authorities to assist with the enforcement of federal immigration law, a state may not positively obstruct such enforcement. So it is to be expected that the parts of California law that “bars police from asking people about their immigration status or participating in federal immigration enforcement activities” will be upheld, the state legislation that “offers protection against workplace raids” will probably be stricken, provided that the manner of the raids are otherwise constitutional.

But none of this is serious.

The reason why most people would enter the United States illegally is to find work, notwithstanding the false claims that they come here to live on welfare (unauthorized “immigrants are ineligible for most major federally-funded safety net programs” [3]). To accomplish that, they need employers.

Given that illegal immigration is considered to be such a high level national crisis by many of our political class, one would expect serious penalties to be imposed on those who deliberately hire undocumented employees. But the penalty is only six months in jail (the penalty for being drunk in public in California) and up to $10,000.00 in fines; and that is only for the third offense. [4] [5] For the first and second offense only civil fines are imposed. 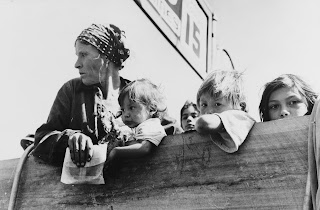 With all of the rhetoric surrounding this issue it is surprising that purposely hiring an illegal alien doesn’t carry serious prison time. But serious prison time is for serious crimes, and Congress doesn’t think that hiring undocumented workers is really that serious.

That’s because illegal immigrants represent cheap labor. For businesses that can’t easily relocate, it’s like moving their facilities to a country where their labor costs will be drastically lower. Instead of moving the business, they can bring the cheap labor into the United States. In fact, since undocumented workers can’t access government agencies for protection for fear of deportation, businesses can decide at the end of the week not to pay them at all. The cost advantages are obvious.

It is plain what the impact of such activity has on the American labor market, so politicians are hardly going to admit that they like the idea of importing cheap labor. So they provide minimal penalties for those who hire undocumented workers, if they get caught, and focus on deporting the workers, a much more elaborate process.

And don’t be fooled by the border wall nonsense. That expensive solution has an obvious countermeasure: tunnels. [6]

If Congress was serious about keeping out undocumented workers, it would impose penalties on employers who hire them which were sufficient to deter the practice. But our politicians really aren’t serious about it. Their words and actions against illegal immigration are all political theater, inflicting hardships on those least able to fight back, while providing a way for some businesses to be unconscionable employers.
Posted by Jack Quirk at 3:59 PM