Capitalism and the Labor Theory of Property

Your humble servant has been addressing objections that have been made to the plan that was presented here [1] and here [2] for employees to share in the ownership of the companies they work for. Three more serious objections remain. They are: (1) I divide ownership shares according to time only, and do not take adequate account of the difference in training, education, and expertise that various employees will have; (2) passive investors should not be treated the same as employees and investors who also work for their companies, and (3) I divide ownership shares based mainly on Revenue per Employee, but that, it is said, is not an adequate measure of production. I will respond to all three of these objections here.

Regarding the first objection, it is important to remember that I have set out a plan for the distribution of ownership shares, not a plan for wages and salaries. Training, education, and expertise would still be rewarded with enhanced compensation, as would positions of authority and responsibility in the company. A company president would still be paid more than a line worker, and an engineer more than clerical staff. Disparities might not be as great as they are at present, as employees come to own a greater percentage of the company, but, in our day, the ratio of CEO pay versus the pay of the average worker in a company has attained ridiculous proportions. Of course, ownership shares involve dividends or other means of distributing profits to ownership, and those would have to be distributed on a per share basis. But nothing in this plan requires that everyone receive the same wage or salary, and it would be misguided if it were attempted. 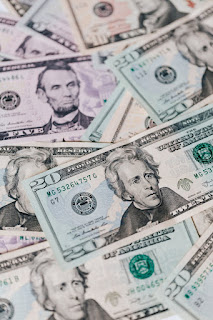 As for passive investors, I should point out that, while I am opposed to the way capitalism is practiced, I am not opposed to capitalists. On the contrary, I want to make everybody a capitalist.


Unless money is obtained through things such as interest or rent, it is earned through labor in some form. A person can work, and, with thrift, might invest some of his money in a business. Although he might not be involved with the business in terms of work, he has certainly added value to the business. There doesn’t appear to be a cogent reason to deny him a rightful share other than prejudice against so-called passive income. But if he has invested money he worked for, the income he derives from it isn’t really passive. He simply worked in a place different than where he invested.

Besides, I have proposed a way in which every employee of every company can enjoy passive income in this sense. Employees will share in the profits according to the shares distributed to them. They will receive dividends. And I fully intend that they be able to pass on their shares to their families. I have not suggested that they be compelled to sell their shares back to the company at retirement, and would not suggest it. Indeed, an essential aspect of the plan is to place them in exactly the same position they would be in if they bought their shares with money. I am proposing an expanded capitalism, not socialism or some form of cooperativism.

For all these years long we have been operating under the absurd arrangement that a person can purchase shares of a business with money earned by labor, but not by labor itself. This has arisen through the confounding of money as a store of value with value itself. That is essentially the absurdity I am trying to address. 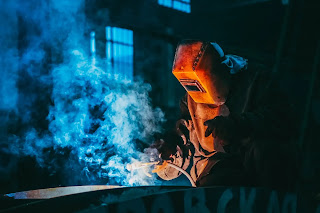 Regarding the last objection, that Revenue per Employee isn’t an adequate measure of production, the only thing that I can say in response is that it is the best measure I have found, and it has the beneficial characteristic of being calculable. And calculability is a critical component if it is ever to be used in the real world.


Profits can’t be the true measure of the value imparted by an employee, because there may not be any profits in a given year. That doesn’t mean that an investor hasn’t supplied any value, nor does it mean that an employee hasn’t done so. And revenue per Employee is used precisely to roughly measure how much each employee generates for the company. [3] It is true that not every employee generates the same revenue. Some are more productive than others. But I await a more precise measurement that will give us the revenue generated by each individual employee, a task that might seem simple when production line workers or sales personnel are considered, but nearly impossible if attempted with human resources or accounting departments, or other office workers.

My aim is to take the labor theory of property and apply it to our capitalist economic arrangement. While it hasn’t been attempted in exactly the way I’ve described it, I am confident that it would go far toward resolving the wide income and wealth gaps that currently plague the American economy.