Repeal and Replace the Second Amendment

A 19-year-old man, armed with an AR15, went to Marjory Stoneman Douglas high school in Parkland, Florida, yesterday, and killed seventeen people. And, yes, it is time to talk about the Second Amendment to the Constitution, which reads:

“A well regulated Militia, being necessary to the security of a free State, the right of the people to keep and bear Arms, shall not be infringed.” [1]

The scope of this right was has been debated for years, but in District of Columbia v. Heller, a 2008 case, the Supreme Court held “that  the  Second  Amendment  conferred  an individual right  to  keep  and  bear  arms.” [2] The Court rejected the contention that the prefatory clause of the Amendment, referencing a “well regulated Militia,” limited the constitutional protection to the possession of weapons for military purposes only. And in a 1939 case, United States v. Miller, the Court specifically said that the Second Amendment protects weapons that bear a “reasonable relationship to the preservation or efficiency of a well regulated militia,” are “part of the ordinary military equipment,” or can be used to “contribute to the common defense.” [3]

So the state of the law is that individuals may personally possess weapons, including weapons used for military purposes. The AR-15 is the civilian, semi-automatic version of the military’s M-16, which is the standard service rifle, and so it is evident that possession of an AR-15 rifle is to be deemed a constitutionally protected activity under existing law.

But that simply defies common sense. Whatever enjoyment some people may derive from using a weapon like that for sporting purposes, that consideration is clearly outweighed by the public danger that has been exemplified on numerous occasions. 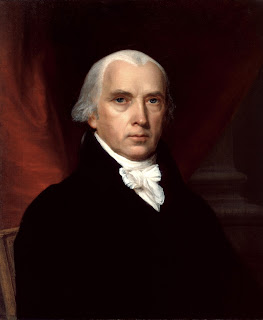 It may be contended that the people need the right to possess such weapons as a safeguard against the rise of a tyrannical government. But if our societal conditions ever sunk to that level it is hard to see how an unorganized group of people with AR-15s would present a serious challenge to the United States military with its advanced weaponry. It is an obvious fantasy to think that it would, and one that should not be indulged at the expense of the lives of children attending school.

This is not to say that firearms for self-defense should be prohibited. The right to defend one’s self and others against lethal attack is certainly a natural right if there is one. But large-capacity, semi-automatic rifles like the AR-15 aren’t necessary for that purpose. Handguns and shotguns can perform that task even more effectively.

These considerations make the remedy plain. The Second Amendment should be repealed and replaced with a provision that allows the people to possess weapons suitable for self-defense. This would protect the natural right without the absurd outcome that individuals can possess military rifles that they can take down to the local school.
Posted by Jack Quirk at 2:58 PM