Here your humble servant will take some time from the series of posts that has been ongoing here and address the gigantic elephant in the room that is doubtlessly occupying the attention of many of this blog’s readership. I refer, of course, to the collapse of the government in Afghanistan, the takeover of the country by the Taliban, and the ham-handed manner in which the United States has been effecting its withdrawal.

President Biden has been saying that the speed in which the Taliban swept the country wasn’t anticipated. That is probably true. But it doesn’t excuse the danger in which many Afghans who assisted the United States in its efforts have now been placed. That is because the rapid fall of the U.S. supported regime in Kabul ought to have been foreseen. 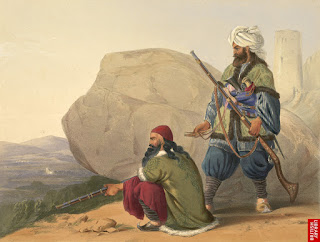 Our own experience in Vietnam, let alone that of the Soviet Union in Afghanistan, should have taught us the lesson that a regime that is propped up by a foreign power—the United States in this case—has no real capability of defending itself on its own. A government essentially installed by such a foreign power becomes an empty shell once that power departs, and is, thus, easily shattered.


There will be those of the nation’s intelligentsia who will lament that the Afghan military proved unwilling to defend its country against the Taliban onslaught. What they will have failed to see is that what it really failed to defend was American interests. It will be hard for such people to grasp that what we were expecting the Afghan military to do was take up arms against fellow Afghans on behalf of the United States. That wasn’t likely to happen. Even if some Afghans will fight other Afghans on their own behalf, doing so on behalf of the United States wasn’t something we should have expected.

There will be others who will, for whatever reasons of their own, say that we lost a war against the Taliban. But that isn’t what happened. What happened is that we stopped occupying Afghanistan, with the inevitable and foreseeable result. 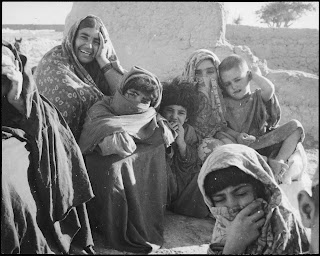 That’s right. What we’ve been doing for twenty years was occupying another country, while installing a regime that we favored. This is not to say that our war with Afghanistan was unjustified initially. It was harboring, after all, the terrorist organization that engaged in the 9/11 attacks. But we took it further, and engaged in an occupation, all the while calling it a “war.”


But wars have conclusions. Our efforts in Afghanistan promised no conclusion, because it wasn’t a war: it was an occupation. And the Taliban knew all along that all it had to do was wait us out. We’re still enough of a republic that our government has to pay attention when the population gets tired of a seemingly endless “war.”

President Biden surmised correctly that we couldn’t keep pouring money, let alone American lives, into that vortex. Because, however, he seems not to have appreciated our status as a foreign occupier, he has been taken unawares by the inactivity of the shell government we set up.

And now we wait for the next time our feckless national leadership forgets the lessons learned here. Or maybe we’ll figure out a better way to select them.