Omar Khayyam and the Labor Theory of Property

This post is part of a continuing series, and, to understand it completely, it will be useful if you can do your humble servant the kindness of looking at the previous two posts, which you can find here [1] and here [2], if you have not already done so. In the last offering I promised to deal with objections I encountered. But it turns out that I will have to handle this task in more than one post, because at least one objection is foundational, and will require some explanation.

The objection I’m referring to is that I am proposing theft. It is said that entrepreneurs are risking their money in business enterprises, and that what I am proposing will deprive them of full ownership of companies they create, companies that should be their sole and exclusive property. 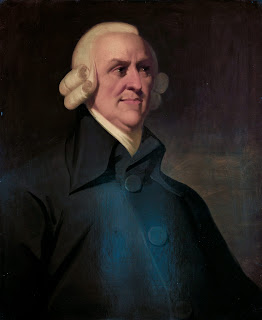 Now I should own at the onset that my proposal is grounded in the labor theory of property, which holds that the origin of property is to be found in labor. As Adam Smith pointed out in An Inquiry into the Nature and Causes of the Wealth of Nations, “The produce of labour constitutes the natural recompence or wages of labour. In that original state of things which precedes both the appropriation of land and the accumulation of stock, the whole produce of labour belongs to the labourer. He has neither landlord nor master to share with him.” [3]


This idea is unpopular in some circles because it is a theory that is associated with John Locke, who had some unsavory involvement with chattel slavery. But the labor theory of property has nothing to do with that. And it really amounts to common sense, in any event. Before there was land ownership, and before there was capital, there were only two ways to exercise dominion over external things: labor and theft or robbery. Now we instinctively consider work a good thing, and theft or robbery a bad thing. I will here side with our instincts without further discussion.

But if labor really is the source of legitimately acquired property, then that dynamic cannot be overcome by social convention. Much less can it be overcome by violence. Yet, at the end of the day, it has been violence that has determined our property relations throughout history.

The feudal system was a military regimen, whereby land was acquired by conquest. The enclosure movement in England, supported by acts of Parliament, by which peasants were evicted from the former common land, created that laboring class that was to people the factories. And what needs to be said about European acquisition of land in the Americas combined with the involuntary transport of Africans to suffer under one of the most brutal slave regimes in history? It is true that

“The Moving Finger writes; and, having writ, moves on: nor all thy Piety nor Wit Shall lure it back to cancel half a Line, nor all thy Tears wash out a Word of it.” [4] 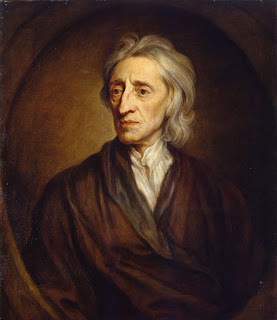 And so, I don’t counsel self-flagellation, provided the proper lessons are learned. But I do wish to urge upon the reader that the property regime we have inherited was largely won by violence, whether the violence of conquest, or the violence of positive law (which threatens violence for disobedience); and it is simply foolish to treat it as if it was delivered to us at Mt. Sinai.


Thus, I take the position that property is acquired by labor or by violence; and that if it has not been acquired by the former, the latter has been the means. This is not to say that a business owner acquires his ownership solely by violence. Certainly, he will, in most instances, expend much labor himself. Moreover, what money he invests has, unless it was derived from interest or rent, come from his labor. I simply want employees to derive the total value of their labor as well.

I am also taking the position that property acquisition by labor is legitimate, and that by violence is illegitimate. And here I appeal to natural law.

Natural law is that law which we all (or most of us) carry around inside of us. We know right and wrong instinctually. Allow me to demonstrate.

Imagine we find ourselves in the early days of humanity. There are no landowners, and there are no capitalists. We see someone come upon an apple tree, and he picks an apple. Just as he brings the apple to his mouth, someone else comes along, knocks the apple out of his hand, and begins to eat it. 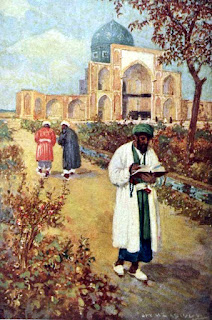 Has the person who first picked the apple suffered a wrong? Most of us would say so. And why would we say that? Because he first picked the apple, that is, he expended labor to acquire it. It makes no difference that there is no legally constituted authority to enforce his rights. A wrong has been done to him all the same.


Similarly, most of us would say that the second person committed a wrong. He ended up with the apple, and he was the one who got to enjoy it. But he engaged in violence to acquire it; he knocked the apple out of the first person’s hands. And it makes no difference that there is no legal authority to exact a punishment.

Now I maintain that positive law, the kind that issues from legislatures, is legitimate only when it prohibits what is wrong. If there were a government to interpose between the two people in our thought experiment, it would, hopefully, prohibit the second person from knocking the apple out of the first person’s hands. And all of this reveals that there is an intrinsic connection between labor and property.

If the foregoing is insufficient to convince you, consider the fact that acquisition through labor is a prerequisite for theft. One cannot steal what is not already owned. But before the ownership of the means of production arose, which in our time is what is understood to be capital, and for which we might use the broader term of “productive property,” the only way to acquire things, and exercise the dominion over them that we call “property,” was labor; just as Adam Smith explained to us.

It is this intrinsic connection between labor and property that I am trying to find a way to restore. What I have laid out is the only way I have thought of to accomplish that, but I am open to other suggestions. But those other suggestions need to actually consider labor as a property creating event, that is, they must recognize that to the extent work is performed, the worker has acquired at least a partial ownership of the product of his labor.