It appears that the “Maine Legislature is considering a proposal to dismantle the citizen-passed legislation that increases the minimum wage to $12 an hour over several years.” [1] The bill “would reduce the current minimum wage from $10 an hour to $9.50 in June, reaching a maximum of $11 an hour in 2021. It would also eliminate the yearly cost of living adjustment that would have begun that same year.” A legislative committee has voted against the plan, but the measure will still go before the full legislature. 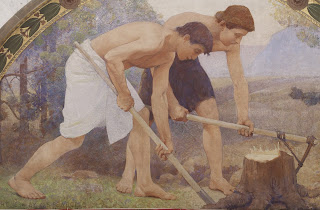 While not failing to notice the implications of a state legislature setting aside legislation that was approved by the citizenry, let us address the seeming inability of a certain segment of our political population to grasp a very simple and basic feature of life’s realities. People with more money can afford to buy more things; that’s good for the economy. People with less money can afford to buy fewer things; that’s bad for the economy. A business that pays low wages is essentially cheating the overall system, hurting the general economy in the interest of increasing its own profit. Of course, every business is a participant in the general economy, so this strategy is ultimately a matter of a business sawing off the branch on which it sits.

But let us not be deaf to the concerns of some business people who argue that raising the minimum wage serves to reduce the number of employees a business can hire, or the number of hours that can be given to existing employees. How can we address those concerns, while still ensuring that those who work will receive a decent income, sufficient to support their families?

There is an extant idea that the minimum wage approach is not the best to ensure a decent standard of living for working people. The alternative suggested is something called a “maximum ratio.” This is how it works:

The basic idea is that “the salaries of the top earners within a company” should not “be more than a stated multiple of the lowest salaries.” [2] This is an idea pioneered by Ben & Jerry’s, the ice cream maker, which had a company policy saying that no employee could earn more than seven times that of another. 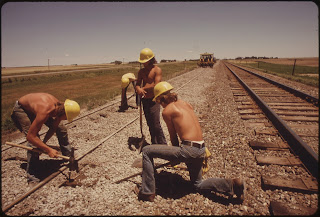 Now this would not require the government to set a mandatory ratio between the highest and lowest paid employees. Instead, it could be implemented by basing a business’s tax rate on its compensation ratio; the wider the ratio in a company, the higher would be its tax. So a company that paid its CEO four-hundred times what it paid its lowest paid employee would pay at a higher tax rate than a company where the ratio was 20:1. The maximum ratio would be the point at which the tax rate reached one-hundred percent. The rates would be set in such a manner so as to discourage overly wide ratios.

Provided that the rates were properly set, this would help start-ups and other companies with fewer means by allowing them to pay wages they could afford, but would also disincentivize businesses paying their employees less than they are able to pay. Of course, to make it work humanely, there would have to be a sufficient welfare system to supplement incomes where the wages were low. But it would be expected that, given that this system would be of assistance to start-ups and small businesses, total welfare expenditures could be reduced without hurting those who need the assistance.

We cannot assume that every business owner claiming that he or she cannot sustain a raise in the minimum wage is engaging in bad faith. The maximum wage approach, combined with a sufficient welfare system, can relieve some of the labor cost burden of honest small business owners, while at the same time removing the scandal of people working for a living but still living in poverty.
Posted by Jack Quirk at 3:29 PM