A Badge of Inferiority

Iowa, the New York Times reports, might allow “schools with high poverty levels to drop down to lower athletic divisions.” [1] If it does, it will join Minnesota, Oregon, and Colorado. The State of Washington “will introduce the idea next year….”

What would be the reason for such a move? 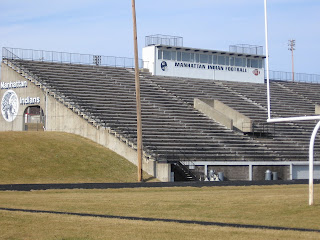 “An hour before kickoff at a game this month at Hoover High School, the opposing football team, Indianola High, pulled up and unloaded the large video monitor that would let its coaching staff analyze plays, moment by moment, throughout the game. The coaches at Hoover High, where most students qualify for free or reduced-price meals, would have to make do with watching the old-fashioned way. Another loss, a Hoover student told the principal, seemed imminent.

“Indianola ran 84 yards for a touchdown on their first play, the running back shedding Hoover’s smaller players like a video-game villain. The game ended in a 35-7 loss for Hoover, to no one’s surprise.”

It turns out that during “the past decade, Hoover High and Des Moines’s four other large public high schools have a cumulative record of 0-104 against rivals with more affluent student bodies from the Polk County suburbs, according to figures compiled by The Des Moines Register.” What’s more, they don’t do much better against other schools from affluent areas. And so, the question is being asked: “What if the poverty level of a school’s student body was used to decide which teams it played?” 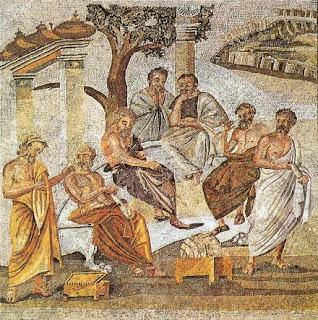 While this solution might make high school sporting events more competitive, it represents acquiescence to a systemic problem: public schools are funded locally, and the resources a school has depends on its location. Simply put, the rich kids are allocated more resources.

It might be suggested that this problem could be alleviated by restricting the technology permitted in high school sporting events to that which is accessible to every school. But that misses the point.

When it comes to education, a sporting event is important in its own way, but it is not the most important issue. The disparity in resources exemplified by high school football in Iowa represents a deeper and more serious problem.

There simply is nothing more important to the health of a republic than education. But in our republic, there is nothing more sadly neglected. That the quality of a child’s education should depend on his geographic or economic circumstances is simply unconscionable.

A plan must be developed to ensure equal funding for the education of every child in the United States. It can be administered locally, but it must be funded on the federal level. No child should grow up with a badge of inferiority for any reason, including his economic circumstances.
Posted by Jack Quirk at 2:18 PM Links to this post

The General Motors strike has come along to remind us that capitalism contains an internal contradiction: Two opposing forces confront each other in one company. On the one hand, you have the management, representing the shareholders, trying to keep labor costs as low as possible. On the other hand, you have the union, representing the workers, pushing in the opposite direction. And when the parties reach an impasse, you get a strike, like we have now.

GM stands to lose $100 million per day in the process [1], while workers will receive substantially reduced pay. [2] It’s not a pleasant time for anyone.

One historical solution to this problem is to bring in government arbitration in lieu of a strike. But that requires a neutral government, and the state of American democracy is such that we are unlikely to achieve that anytime soon. 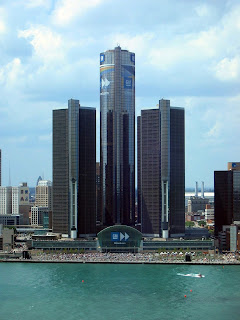 We have to find a way to get everyone pushing in the same direction. And there are two answers for that: socialism, and distributism.

Socialism has become a category so broad as to be almost meaningless. In the interests of combating ambiguity, I’m going to use the Webster definition, which is: (1) any of various economic and political theories advocating collective or governmental ownership and administration of the means of production and distribution of goods; (2) a system of society or group living in which there is no private property; (3) a system or condition of society in which the means of production are owned and controlled by the state, or (4) a stage of society in Marxist theory transitional between capitalism and communism and distinguished by unequal distribution of goods and pay according to work done. [3]
What socialism, thus defined, promises is a society where everyone is basically an employee. Noting in passing that there is reason to be apprehensive about a system where your employer and the police are the same entity, the difficulties that can arise under such a system are manifest. First, it essentially abolishes the market, making the production and distribution of goods a matter of central planning. But we simply haven’t developed the arithmetic to make conscious decisions about such things economy wide.

Confidence in central planning derives from the fallacy that the fact we can see solutions to problems on an individual basis means that we can conceive of solutions to everything on the same basis; a sort of fallacy of composition. We simply aren’t smart enough to plan an entire economy. But socialism demands that some people be exactly that. 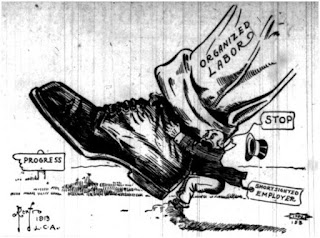 Secondly, socialism doesn’t really do away with the internal contradictions of capitalism. There will still be policy makers, a managerial class that will look to benefit itself; and everyone else, who will be seeking to maximize their own positions. And the managerial class will be able to impose its will by fiat.

It will be said that this problem can be anticipated by electing the managers by popular vote, but that could be a drain on resources on this finite planet. There will be no one who has interests directed toward the productive process as a whole; there will be a perceived disconnect between individual prosperity and that of the entire social enterprise.

Say what you will about capitalism, it does unite the interests of business owners and their businesses. That drives business owners to willingly undergo a degree of privation in the interests of their enterprises. But this feature would be completely absent from a full socialist system. In a socialism where democracy prevailed, the result would be several interests pulling in different directions; which may be why socialism has usually resorted to the authoritarian model.

Thus recognizing the social and economic benefit of the united interests of business owners and their businesses, it should be considered how that unity of interests might be more widespread, even universal. This brings us to the second solution for unifying the interests of the population: distributism. 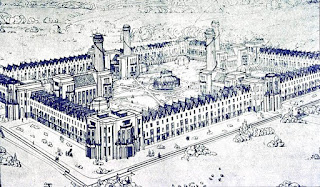 Hitherto, distributism hasn’t resulted in a unified approach. But it has one characteristic feature, which is spreading ownership of the means of production as widely as possible. Worker cooperatives are one distributist model, but they have not become as common as one might wish. A challenge they face is capitalization. Wealth not being equally distributed in places like the United States, we do not find many who would participate in a cooperative enterprise with the economic resources to begin such a venture. Moreover, there are many who prefer not to be laden with business management.

An absurdity that hides in plain sight in our economic system is that labor is paid for in money, but that capital can only be purchased with money and not labor. And this is true even though business revenue is largely derived from labor. Revenue will be used, in part, to make further capital investments in a business, which will increase the value of ownership shares. But labor sees none of that increase in value, even though it largely contributed to it.

This situation creates a conflict in the interests between capital and labor. Labor, not sharing in the increase in value it contributes to a business enterprise, ends up with only an indirect interest in that increase in value. But if we are to unify the interests of capital and labor, if we are to get everyone pushing in the same direction, a way must be found for labor to receive its share of the value it contributes the company. The only ways that can be done is to distribute proportional ownership shares to the employees or distribute the value by means of cash payments.

Until that is done, we will continue to be beset with conflicts between labor and management, or, with the ascendancy of right-wing nihilism we have witnessed of late, labor action will encounter brutal suppression.
Posted by Jack Quirk at 7:49 PM Links to this post

If Israeli Prime Minister Benjamin Netanyahu is serious about annexing the Jordan Valley, and if he wins the upcoming election, what will be left to make a Palestinian state out of the West Bank will be completely surrounded by Israel. [1] It will be argued that this is necessary for Israel’s security. One wonders if invasion by Jordan is a serious concern at this point, but that is the only rationale that can be provided.

Of course, Israelis have been settling in the West Bank for a while now [2]; and it seems reasonable to conclude that Mr. Netanyahu has no real intention of permitting the creation of a Palestinian state in the West Bank at all. There certainly has been no progress toward that end under his stewardship, and there have been settlements. The most reliable gauge for any politician is his actions rather than his words. 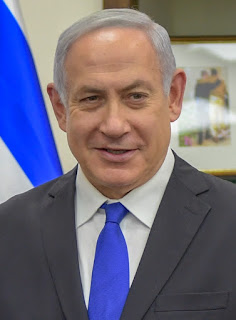 So, let this be the presumption for the time being, that Benjamin Netanyahu has no intention of permitting the creation of a Palestinian state. What will be the ramifications of such a policy?

We shouldn’t expect that Israeli settlements will come to an end, and so there will be further encroachments into Palestinian territory. The area remaining for a future Palestinian state will get increasingly smaller. At the same time, the Israelis must be cautious about how much of the West Bank it annexes, because it doesn’t want to create an Israel with an Arab majority. It could simply annex and deny Palestinians the electoral franchise, but that would make the State of Israel an international pariah.

Thus, we see the strategy behind the Israeli settlements on the West Bank. It is to create a Jewish majority in the area, making it electorally safe for annexation.

The desire for a state with a Jewish majority has cogency. Rabid anti-Semitism exists in the world. The Holocaust was not so long ago, and Jews worldwide are rationally concerned that there are a good number of people who would like to see them exterminated. The Nazis who continue to exist against all logic and reason must be presumed to be cognizant of their own ideology. It is easy to see how many Israelis would look at international objections to their country’s activity in the West Bank as something to be confronted with a good measure of indifference. 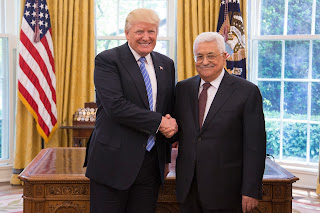 Mr. Netanyahu’s apparent strategy is going run headlong into demographic realities. If a Palestinian state is not created, Israel is going to have to allow the voting franchise to all Palestinians, or it is going to be an apartheid state. But if it allows the franchise to Palestinians in the occupied territories it risks demolishing the Zionist vision.

Thus, Israel must permit the creation of a Palestinian state, with enough land area; and it must do so before the patience of the international community wears out. The current situation, where millions are deprived of the electoral franchise, cannot continue indefinitely.
Posted by Jack Quirk at 11:37 PM Links to this post