As Reuters reports, “U.S. students spilled out of classrooms by the thousands on Wednesday morning, waving signs and chanting slogans like ‘We want change’ in a coast-to-coast protest against gun violence prompted by a deadly rampage at a Florida high school last month.” [1]


Of course they do. We should be heartened to see that our educational system hasn’t deprived them of all rationality. What person in his right mind would want to be a sitting duck for disturbed people with thirty round magazines in their rifles? Apparently, for some, this is a great mystery, but people like that tend to be past the age where they are subject to compulsory education. 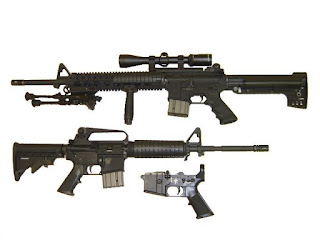 Unfortunately, human nature is such that, regardless of the window dressing of rhetoric, self-interest is the order of the day when it comes to politics. At the end of the day, politics is about allocation of resources, and there is no dearth of people who will come as close as they can to arguing that their personal enrichment is God’s will before they feel foolish.


Now in the cacophony that is the alignment of factions within the major political parties, the National Rifle Association has come to share lodgings with the devotees of “small government” and low taxes, big oil, and (paradoxically) the beneficiaries of military expenditures. So it is understandable that members of the non-NRA factions within the Republican Party would line up against gun regulations. United we stand, after all.


But a problem arises when it comes time to articulate a reason for opposing a ban on so-called “assault weapons.” Opponents of a ban on large-capacity, semi-automatic rifles can’t quite come up with a rationale for their position that withstands even moderate scrutiny.


The silliest of all, of course, is the saw that we need our semi-autos to resist the United States military should the federal government become tyrannical. The idea, apparently, is that, in the event of such a crisis, we should take our AR-15s (not even the fully automatic M-16s that the military uses) and commence firing at federal troops. It is not explained how we are to counteract B-1s and A-10s. (Maybe if we can get the United States army to engage in an orderly march toward Boston in bright red uniforms….)


That argument is derived from the “militia” language in the Second Amendment. For a long time it was thought that the right to keep and bear arms was somehow answerable to a militia requirement. But we now have it on the authority of the Supreme Court case, District of Columbia v. Heller [2], “that the Amendment’s prefatory clause, i.e., ‘[a] well regulated Militia, being necessary to the security of a free State,’ announced the Amendment’s purpose, but did not limit or expand the scope of the operative clause, i.e., ‘the right of the people to keep and bear Arms, shall not be infringed.’” [3] 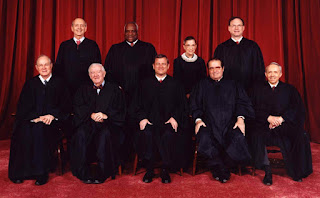 And what is “the” right? It is the right we inherited from English law, which is the right of the people of “having arms for their defense, suitable to their condition and degree, and such as are allowed by law. Which is…a public allowance, under due restrictions, of the natural right of resistance and self-preservation, when the sanctions of society and laws are found insufficient to restrain the violence of oppression.” [4] But no one (with the exception of some extreme voices) is talking about taking away arms for self-defense, or defense of the home. They are talking about taking away the legal ownership and possession of high-capacity, semi-automatic rifles, which are not needed for those legitimate purposes.


So what the students are demanding is a ban on firearms that are not constitutionally protected, which find utility only in the ravings of those who imagine they could successfully defy the United States armed forces with them, and which have been the weapons of choice for those choosing to bring a violent end to young lives in schoolhouses. It is a reasonable demand, and it should be acted on swiftly.


It seems that there are some school districts where the authorities are promising disciplinary retaliation for participating in the walkout. Such authorities are giving new meaning to the word “cluelessness.” Young people are afraid for their lives, and here are adults who have risen to the level of their incompetence telling them that they’re out of line. The phrase “sad commentary” doesn’t quite get it.