On Pulling in the Same Direction

“Revenue per employee—calculated as a company’s total revenue divided by its current number of employees—is an important ratio that roughly measures how much money each employee generates for the firm.” [1] It is considered “a meaningful analytical tool because it measures how efficiently a particular firm utilizes its employees.” But in this post, your humble servant would like to suggest a new application.

In the capitalist system, profits are awarded to the owners of a business which owns the company’s capital, defined here as the tools, machinery, and equipment used by the company in the production of either goods or services. “Long ago, when the first human beings walked the earth, they produced food by picking leaves or fruit off a plant or by catching an animal and eating it. We know that very early on, however, they began shaping stones into tools, apparently for use in butchering animals. Those tools were the first capital because they were produced for use in producing other goods—food and clothing.

“Modern versions of the first stone tools include saws, meat cleavers, hooks, and grinders; all are used in butchering animals. Tools such as hammers, screwdrivers, and wrenches are also capital. Transportation equipment, such as cars and trucks, is capital. Facilities such as roads, bridges, ports, and airports are capital. Buildings, too, are capital; they help us to produce goods and services. 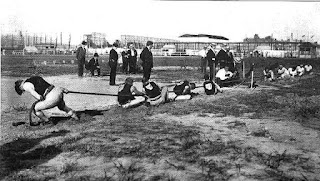 “Capital does not consist solely of physical objects. The score for a new symphony is capital because it will be used to produce concerts. Computer software used by business firms or government agencies to produce goods and services is capital. Capital may thus include physical goods and intellectual discoveries. Any resource is capital if it satisfies two criteria:

1. The resource must have been produced.

2. The resource can be used to produce other goods and services.” [2]

Tools are the means by which we extend our capabilities. Not too many people can drive a nail with their fist, so we have hammers. No one can saw a wooden board in half with his teeth and make a very straight line, so we have saws. At the same time, nobody credits a hammer with driving a nail. If I use a hammer to drive a nail, I confidently make the claim that I did so; I don’t say that the hammer drove the nail, and I just happened to be holding it. That’s because the tool was wielded by me, and was completely subject to my volition.

Nonetheless, in economics, we do, in a sense, credit the tool. Whoever owns the tool is considered to be entitled to the profits of production, while the one who wields the tool is not. But this arrangement didn’t come down for us from Mount Sinai. It is simply the way our society has been organized. There was a time, before there were capitalists, before there were landowners, when the reward of labor was what labor produced. As Adam Smith put it, “The produce of labour constitutes the natural recompence or wages of labour. In that original state of things which precedes both the appropriation of land and the accumulation of stock, the whole produce of labour belongs to the labourer. He has neither landlord nor master to share with him.” [3]

To whatever extent the present system is maintained by the ever-present threat of violence by the State, it wouldn’t be rational to maintain that tool ownership doesn’t contribute to production. Tools are usually purchased with money, which, except in certain cases (e.g., interest, rent, or gambling) is an abstraction of labor—it is given in exchange for labor, and makes labor useful for exchange in the market. So, it wouldn’t make sense to say that capital isn’t entitled to any share in the profits. But once we strip ourselves of the predispositions instilled in us through residence in our historical epoch, it becomes plain that it also makes little sense to insist that labor isn’t entitled to any such share. 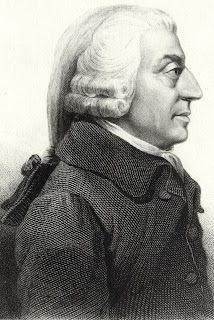 It will be said here that labor does get a share in the form of wages or salaries. But if we consider the revenue per employee calculation, it quickly becomes evident that employee compensation must, on average, be less than the value he contributes to the firm. If it were not, there wouldn’t be any sense in having employees. Indeed, if an employer determines that a particular employee costs more than he is contributing, termination of employment is a likely outcome.

This arrangement is so commonplace that it will be difficult to see why it presents a problem. A comparison between an employee and an investor is, therefore, useful.

If an investor puts money into a firm, he does so in anticipation of eventually receiving more in return. A prospective investor who was promised that he would take less would take his money elsewhere and look for more profitable investments. While it is true that an investor risks the loss of his money, that isn’t the outcome he anticipates. But an employee is guaranteed a loss on the value he puts into his company.

Money has value; so does labor. If labor had no value, no one would pay anything for it. But every employee is guaranteed to be compensated less than the value he contributes to his company. If it were not so, then his employer couldn’t make a profit.

Labor is viewed by every business as a cost. Reducing labor costs will, if properly executed, increase profits. Thus, labor costs must be less than revenue for there to be profitability. But revenue is the measure of the value the employees contribute to the firm. 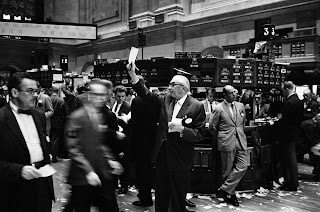 Few prospective employees have much in the way of bargaining power when seeking a job. The employer holds all the cards. And it is a systemic reality that an employee will be expected to put more value into a company than he takes out. This is why we have trade unions and labor laws. Employees are in need of legal protections that employers don’t require because of the inequality of bargaining positions.

The reason why this is a problem, outside of the possibility oppressive wages or working conditions, is that there ends up being a built-in conflict in the system. If everyone in a firm should be working in the same direction, toward the same end, this is clearly not the best way to make it happen. Instead, management and labor pull in opposite directions. In point of fact, all employees, management and labor, pull in an opposite direction from the shareholders. The reason why we tend to identify the interests of management with the shareholders is because the top executive officers of a company are usually major shareholders. The founder of a business is often its CEO as well. But whoever works for a company, considered as such, seeks the highest compensation possible, regardless of where he appears on the organizational chart; while the owners of a company, considered as such, seek the highest profits possible. And those two interests are always going to be in conflict.

It seems a worthy goal, therefore, to unify the interests in a firm; and the closer we can get to actually rewarding employees for the value they impart to their companies, the closer we will get to that goal. And the way to do that is to utilize the revenue per employee calculation. But how can this be done in a manner that allows firms to make a profit?

Simply put, begin by awarding shares (whether in the form of corporate shares or partnership shares, as appropriate) to every investor, with percentages allocated in accordance with the amount of the investments. This would include the amount of indebtedness contracted by an investor for which he or she is personally liable and used for the company.

Next, after a specified period of time (say, a year) the amount of revenue generated by the company will be allocated to each employee based on how much time the employee has spent working (calculated on the basis of hours, or some other appropriate measurement). In this sense, an “investor” can also be an “employee,” provided he or she has put work into the firm during the designated period. No one is to be designated a “volunteer” or an “intern,” in order to avoid an allocation to that person.

The shares allocated to the employees based on revenue in the manner described, shall be of the same class as shares allocated to the investors. If the investors receive a dividend, so will the employees, calculated in the same manner. Where the investors vote for the board of directors, so will the employees, according to the number of their shares; and employee shares will not be voted by a trust, as is the case with some statutory employee stock ownership plans. Employee shares will be transferable on the same basis as investor shares.

Professionals and tradespeople will need special protections against being ordered to do things contrary to acceptable practice. Firms devoted to delivering such services will need to be configured in a manner to avoid that kind of situation. Nonetheless, even firms of this kind can be organized in such a fashion that the work of everyone will be represented by ownership shares. The idea is to get all concerned to pull in the same direction, and directly benefit from the firm’s success.

This, then, is an outline of the plan I am proposing. Because of the general unfamiliarity with this idea, it will have to be incentivized; and to that end, favorable tax treatment will be a necessary concomitant.

In the next installment, I will present an illustration of how the plan would work in a specific situation.