Split Personality in a Unitary Executive

In response to Republican accusations that the Justice Department and the FBI abused “their powers by surveilling a former Trump campaign aide, Carter Page, during the course of an investigation into Russian meddling,” [1] Attorney General Jeff Sessions suggested on Tuesday that the Justice Department’s “inspector general will look into the Republican concerns….” This has prompted an outraged tweet from President Trump, wherein he says, 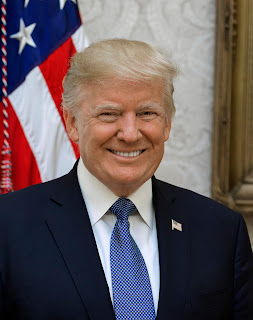 “Why is A.G. Jeff Sessions asking the Inspector General to investigate potentially massive FISA abuse. [sic] Will take forever, has no prosecutorial power and already late with reports on Comey etc. Isn’t the I.G. an Obama guy? Why not use Justice Department lawyers? DISGRACEFUL!”

The reference to FISA is because “law enforcement officials were granted permission to spy on Mr. Page from the secretive court that issues warrants under the Foreign Intelligence Surveillance Act” as part of the investigation to which congressional Republicans are objecting. Although Mr. Sessions “stopped short of saying that a fresh inquiry was underway,” he did say, “’We believe the Department of Justice must adhere to the high standards in the FISA court,’” and that “’I think that’s just the appropriate thing; the inspector general will take that as one of the matters he’ll deal with.’”

This, of course, isn’t the first time that Mr. Trump has had unkind things to say about his Attorney General. Mr. Sessions “has been a regular target of the president,” who criticized him for recusing himself from the “investigation into Russian interference in the 2016 election and possible coordination with Trump associates.” Only this time, Mr. Sessions has responded. 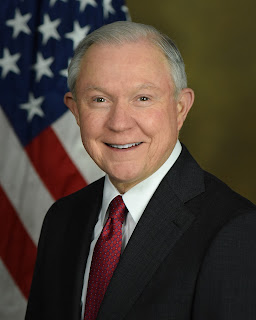 “’We have initiated the appropriate process that will ensure complaints against this department will be fully and fairly acted upon if necessary,’ Mr. Sessions said. ‘As long as I am the attorney general, I will continue to discharge my duties with integrity and honor, and this department will continue to do its work in a fair and impartial manner according to the law and Constitution.’”

Now, there is certainly nothing wrong with Mr. Sessions calling in his department’s inspector general to conduct such an investigation. That’s what inspector generals are for: looking into misconduct on the part of a government department.

But what is astounding about the president’s expressions of displeasure with his attorney general is the fact that he keeps him on. The president has the power to fire a cabinet level officer, so if he is displeased with Mr. Session’s performance, why doesn’t he ask for his resignation?

Because it generally isn’t done? Trump doesn’t care about that.

Perhaps it is because he will alienate a constituency that would take the side of Sessions. But the president’s public comments about the attorney general should already have accomplished that.

We can only speculate. But the certain outcome of this ongoing dissension is that our executive department, the power of which resides in one person, appears to be divided against itself. And that’s a constitutional crisis if there ever was one. 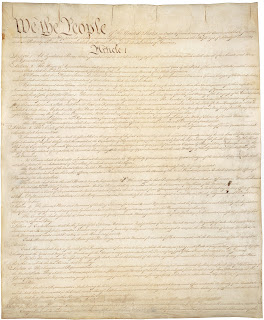 Article II of the Constitution says, “The executive Power shall be vested in a President of the United States of America.” [2] It is not vested in a number of officers as is the case in several state governments, nor in a committee.

James Wilson argued for the advantage of the unitary executive provided for in the Constitution at the Pennsylvania Ratifying Convention:

“The next good quality that I remark is, that the executive authority is one. By this means we obtain very important advantages. We may discover from history, from reason, and from experience, the security which this furnishes. The executive power is better to be trusted when it has no screen. Sir, we have a responsibility in the person of our President; he cannot act improperly, and hide either his negligence or inattention; he cannot roll upon any other person the weight of his criminality; no appointment can take place without his nomination; and he is responsible for every nomination he makes. We secure vigor. We well know what numerous executives are. We know there is neither vigor, decision, nor responsibility, in them. Add to all this, that officer is placed high, and is possessed of power far from being contemptible; yet not a single privilege is annexed to his character; far from being above the laws, he is amenable to them in his private character as a citizen, and in his public character by impeachment.” [3]

But here we see a president who seems to be trying to evade the responsibility of his office. Whoever he is trying to please with his objections to the actions of his attorney general, he gives every appearance of trying to deflect responsibility for the conduct of an executive department. But if he really expects to be taken seriously, he must have already concluded that his target audience is constitutionally illiterate.

When our national leadership is relying on the ignorance of a segment of the population to get its message across, a danger to the republic is afoot.
Posted by Jack Quirk at 4:41 PM

Why We Can't Have Nice Things


Either in response to public pressure or due to an awakening of conscience, or smatterings of both, Delta Air Lines has announced that it is severing ties with the National Rifle Association (NRA). [1] Delta previously had a contract with the NRA for discounted rates through the airline’s group travel program. 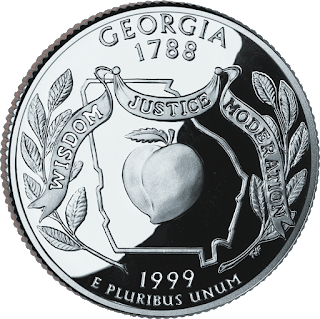 Now the Georgia Senate has decided that it won’t take this lying down. “The Georgia Senate’s leaders vowed to block a lucrative tax break bill…that would benefit Delta Air Lines” in retaliation for Delta’s action. [2] The measure is “effectively grounded for now after Lt. Gov. Casey Cagle said he wouldn’t support the $50 million tax exemption for jet fuel unless the Atlanta-based airline reverses its decision to end discounted rates for NRA members.” “’I will kill any tax legislation that benefits @Delta unless the company changes its position and fully reinstates its relationship with @NRA,’ Cagle tweeted. ‘Corporations cannot attack conservatives and expect us not to fight back.’” [3] Delta would have been the primary beneficiary of the tax exemption.

Apparently the state of the nomenclature is such that “conservatives” support the NRA. But it is easy to see how this could create a conflict of interest for legislators, who presumably should be representing their constituents. 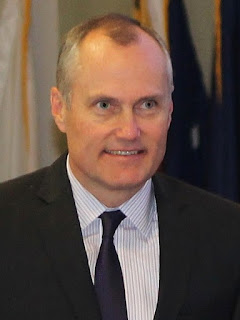 Delta is the largest private employer in Georgia. It has, according to the company, 33,000 employees statewide. [4] One would think that a state senator, or lieutenant governor, would be doing everything in his or her power to enhance that situation, to help the company bring even more employment to the state. Such, certainly, was the planned tax exemption.

But it seems that there are some things that are more important than the actual people a legislator represents. The glaring example provided here is that an ideological organization that has achieved a certain dominance over a political party is able to achieve such a status. Simply put, the NRA is more important to the Georgia Senate than the people of Georgia, and this is exemplified by the fact that these politicians are willing to attack the state’s largest employer on the NRA’s behalf.

And this, ladies and gentlemen, is why we can’t have nice things.
Posted by Jack Quirk at 11:09 AM