And now for the latest on the Republican obsessive-compulsive disorder.

The mission was to come up with a tax plan. But the Republican controlled Senate has made sure that their version of the plan involves a repeal of a major part of the Affordable Care Act (ACA). [1] The idea is to remove the ACA’s provision requiring most people to have health insurance, buying it for themselves if it is not supplied through their employment; the requirement known as the individual mandate. 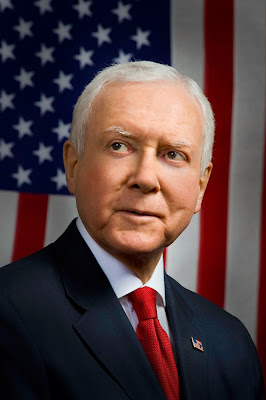 The concept is simple. Remove the individual mandate, and the health insurers on the exchanges, no longer able to rely on the customer base created by the ACA, will be forced to raise premiums. That, in turn, will make the ACA less desirable from the consumer standpoint, precipitating the collapse of the system.

Now as your humble servant has explained elsewhere in these pages, the bizarre Republican obsession with the ACA derives from the fact that “the greatest fear of the Republican contingent regarding Obamacare is that it will eventually work. And it will be called ‘Obamacare,’ after a Democratic president.” [2] That the Democrats might have another success, like Social Security and Medicare, is simply unbearable to the Republican Party, and they are going to do everything they can to keep something like that from happening again. Hence, they seek to destroy the ACA, and repeal of the individual mandate will go a long way toward making that happen.

Of course, they are hoping that we won’t notice that they will have deliberately destroyed the operations of the ACA. They will say that the failure of the ACA was built into its very DNA, and they hope to convince us of same. In other words, they hope that we’re not paying attention. Doubtlessly, they will be successful to some degree.

But it is not the ACA that has a built in failure, but the very business model of private health insurance itself. The health insurance industry provides medical providers with artificially deep pockets, allowing the providers to charge more than would be feasible if they had to charge patients directly. If anything, the ACA delays the collapse of the system because it subsidizes it.


None of this matters, however, since the Republican faction has thus far yielded no evidence that it plans to do any deep thinking on this subject. The goal is to stop the ACA before it becomes so successful that people won’t tolerate its repeal, and blame any damage done by the repeal effort on the ACA itself.
Posted by Jack Quirk at 6:47 PM