Well, the president’s son, Donald Trump Jr., thought he would make a brilliant point by tweeting that he would take half of his daughter’s Halloween candy, and “give it to some kid who sat at home. It’s never to [sic] early to teach her about socialism.” [1] The tweet was accompanied by a picture of his daughter holding a bucket of Halloween candy, and the indicated typographical error.

Now, ordinarily, paying attention to an event like this would be a complete waste of brain space. After all, Donald Trump, Jr. is not the president: his father is. We don’t really need to deal with the intellectual prowess of the junior Trump until such time as he is given discretionary power over the public welfare. 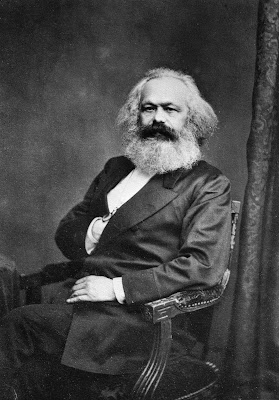 What’s more, it seems that we have more important things that pertain to this administration to worry about. North Korea comes to mind.

But this might turn out to be a teaching moment, and those are always good. The keen observer will note that the junior Trump has grossly mischaracterized socialism. That is true, but there is nothing unique about that. The social safety net is often mislabeled as a socialist enterprise.

But this time, at least one news source is actually pointing out the mislabeling, and, not only that, is explaining to the general public what socialism really is. Aaron Blake of The Washington Post explains, “Socialism is defined by the government controlling the means of production and the distribution of goods and services — not simply by high taxes and the rich sharing their wealth with the poor.”

As classically defined, socialism abolishes private ownership of the means of production. If you don’t see that happening, you’re not looking at socialism. Of course, nowadays all sorts of things get called socialism, almost to the point where the term has lost any fixed meaning. And the confusion of a social safety net with socialism is particularly pernicious. It causes people to believe that publicly ensuring that everyone has the means of life available to them will turn us into the Soviet Union.


Perhaps the junior Trump is disdainful of a system that would compel him to share with others the wealth he has worked so hard to inherit. But if he seeks to educate his daughter, he should at least learn to call things by their proper names. Even if he declines to expand his mental horizons in this manner, perhaps the definition of socialism will now enter the public consciousness so that policies will not be determined, nor votes cast, based on an ongoing misapprehension. Let this be a small offering in the service of that goal.
Posted by Jack Quirk at 1:42 AM