It has been observed that environmental pollution is the result of inadequate property rights. So, it is ironic that capitalism, which is thought to be all about the rights of property, has managed to produce a prodigious amount of pollution. But it really shouldn’t be surprising, because capitalism has actually diminished property rights for many. 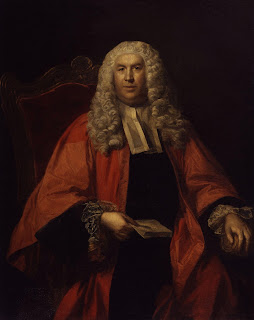 At common law, the legal tradition inherited by forty-nine states from England, and which finds specific mention in the U.S. Constitution, activity that interfered with the use and enjoyment of the real property of another person was actionable in court as a nuisance. Sir William Blackstone, whose Commentaries on the Laws of England is the chief reference for the common law as it existed at the nation’s founding, defined a nuisance as “any thing done to the hurt or annoyance of the lands, tenements, or hereditaments of another.” [1] The standard to be followed was ‘use your own property in such a manner as not to injure that of another.’

For example, if someone was raising hogs so near the house of his neighbor that his neighbor’s air was befouled with the stench, the neighbor would have a cause of action against the swineherd. And so it was with other offensive trades. And if one used his property in such a way as to interfere with the property rights of his neighbor, that was the end of the inquiry. He couldn’t respond that he was doing a very good and useful thing that would benefit society. Bacon is delicious, but hog smells are hog smells, and the neighbor had the right to not have the enjoyment of his property so interfered with. [2]

Then came the industrial revolution.

In 1868, the Pennsylvania Supreme Court was confronted with a case brought by a property owner who claimed injury as a result of air and noise pollution emitted from an iron works company located in the neighborhood. The property owner was hoping for a court order to bring an end to the activity. The court, even though it cited no authority for doing so, considered whether there would be a greater public harm from such an order than allowing the pollution to continue. The court looked at the fact that the company had made a substantial investment in the factory, and that it employed more than eight hundred people, and decided that the property owner was going to have to put up the air pollution and the noise. The case, Richard’s Appeal, was widely followed, and thus was born the requirement that, for someone to be liable in a nuisance suit, the gravity of the harm caused by his conduct must outweigh the utility of his activity. [3]

In this way, it came to pass that capitalists can pollute and cause the public to bear the expense. If a company can successfully claim that it is providing a public benefit by employing people and enhancing the economy, it can, without extra expense, degrade the environment on the property of others. Therefore, the cost of polluting, which ought to be born by the polluter, is shifted to every property owner adversely affected.

It is true that we now have environmental regulation and zoning to mitigate this outcome. But the effectiveness of those depends, not on property rights, but on the policies of whatever political party is in power. In order for capitalism to thrive, it was deemed necessary that property rights be diminished.

Capitalism, while it has the reputation of being an economic system where property rights are respected, it does no such thing. On the contrary, it has made property rights depend on the perceived utility of the economic activity of capitalists.