It is said that we live under capitalism, and there appears to be no particular reason to deny it, though it is difficult to define with precision. Investopedia defines it as an “an economic system in which private individuals or businesses own capital goods. The production of goods and services is based on supply and demand in the general market—known as a market economy—rather than through central planning....” [1] “Capital goods,” for those not diseased with economic curiosity, “are physical assets that a company uses in the production process to manufacture products and services that consumers will later use” including “buildings, machinery, equipment, vehicles, and tools.” [2]

Since we live in a system where capital goods are privately owned by those who compete in a market economy, we’ll accept that the economic system in the United States is properly called “capitalism.” And it is evident that we will be living in a capitalist system regardless of whether Democrats or Republicans are in power, notwithstanding the political polemic that accuses one of those parties of yearning to bring socialism upon us. 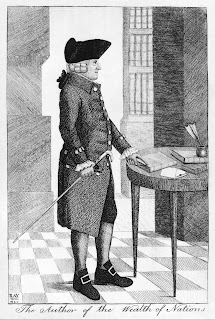 Now, in the real world, one person might meet both of those descriptions. She might own the business, but also perform work and pay herself a salary. He might be an employee that has purchased stock in the company he works for. In such situations one person will be both capitalist and worker for the same firm. But the latter situation doesn’t usually occur, and there are some people who simply own an interest in one business or more and perform no work, simply living off the dividends, or receiving a share of the profits. In any event, it is useful to consider the capitalists and the workers as discreet economic entities in order to see the contradiction I wish to highlight.

“The purest form of capitalism is free market or laissez-faire capitalism. Here, private individuals are unrestrained. They may determine where to invest, what to produce or sell, and at which prices to exchange goods and services. The laissez-faire marketplace operates without checks or controls.” This exists nowhere in the world in such an unalloyed pattern, but it is nonetheless aspirational for many. The idea is that goods and services will be produced and sold for such prices as are determined by the market, without government interference. The production and sale of automobiles and apples, it is anticipated, will achieve a state where just enough of them are produced to be sold at just the right price.

But this idea is also applied to labor. The notion is that labor is a service that can and should be compensated at just the right price according to the laws of supply and demand. Labor unions and minimum wages are decried as interferences in the market, diminishing the prosperity that pure capitalism promises. 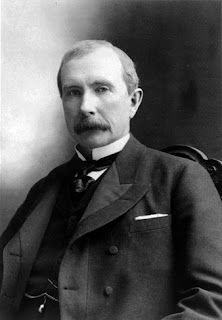 That idea hasn’t been borne out by historical experience, however. Adam Smith, the philosopher and economist who gave us the idea of the free market, understood that the relations between capitalists and workers was unique, and described them this way:

“What are the common wages of labour, depends everywhere upon the contract usually made between those two parties, whose interests are by no means the same. The workmen desire to get as much, the masters to give as little, as possible. The former are disposed to combine in order to raise, the latter in order to lower, the wages of labour.

“It is not, however, difficult to foresee which of the two parties must, upon all ordinary occasions, have the advantage in the dispute, and force the other into a compliance with their terms. The masters, being fewer in number, can combine much more easily: and the law, besides, authorises, or at least does not prohibit, their combinations, while it prohibits those of the workmen. We have no acts of parliament against combining to lower the price of work, but many against combining to raise it. In all such disputes, the masters can hold out much longer. A landlord, a farmer, a master manufacturer, or merchant, though they did not employ a single workman, could generally live a year or two upon the stocks, which they have already acquired. Many workmen could not subsist a week, few could subsist a month, and scarce any a year, without employment. In the long run, the workman may be as necessary to his master as his master is to him; but the necessity is not so immediate.

“We rarely hear, it has been said, of the combinations of masters, though frequently of those of workmen. But whoever imagines, upon this account, that masters rarely combine, is as ignorant of the world as of the subject. Masters are always and everywhere in a sort of tacit, but constant and uniform, combination, not to raise the wages of labour above their actual rate. To violate this combination is everywhere a most unpopular action, and a sort of reproach to a master among his neighbours and equals. We seldom, indeed, hear of this combination, because it is the usual, and, one may say, the natural state of things, which nobody ever hears of. Masters, too, sometimes enter into particular combinations to sink the wages of labour even below this rate. These are always conducted with the utmost silence and secrecy till the moment of execution; and when the workmen yield, as they sometimes do without resistance, though severely felt by them, they are never heard of by other people. Such combinations, however, are frequently resisted by a contrary defensive combination of the workmen, who sometimes, too, without any provocation of this kind, combine, of their own accord, to raise the price of their labour. Their usual pretences are, sometimes the high price of provisions, sometimes the great profit which their masters make by their work. But whether their combinations be offensive or defensive, they are always abundantly heard of. In order to bring the point to a speedy decision, they have always recourse to the loudest clamour, and sometimes to the most shocking violence and outrage. They are desperate, and act with the folly and extravagance of desperate men, who must either starve, or frighten their masters into an immediate compliance with their demands. The masters, upon these occasions, are just as clamorous upon the other side, and never cease to call aloud for the assistance of the civil magistrate, and the rigorous execution of those laws which have been enacted with so much severity against the combination of servants, labourers, and journeymen. The workmen, accordingly, very seldom derive any advantage from the violence of those tumultuous combinations, which, partly from the interposition of the civil magistrate, partly from the superior steadiness of the masters, partly from the necessity which the greater part of the workmen are under of submitting for the sake of present subsistence, generally end in nothing but the punishment or ruin of the ringleaders.” [3] 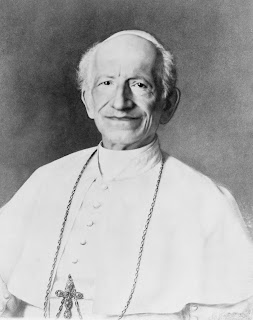 This was the state of things in Great Britain in Adam Smith’s day, and it is to be recognized that organized labor was strictly prohibited at that time and place. Labor activity isn’t so draconianly regulated today; but, in the United States, we are still visited with attempts to weaken labor’s bargaining power, most notoriously with so-called “right-to-work” laws.

Another advantage enjoyed by the capitalists is their ability to influence legislatures. Campaigns cost money, and there is no secret about how donations impact legislative outcomes.

Still, there are voices to be heard, even today, that the terms of labor contracts should be left to the parties—unless, of course, the parties agree that all employees will become members of a union. The concept seems to be that workers should negotiate with their firms on an individual basis, and that only in this way will workers be paid their true market value.

But that idea has been tried, and it didn’t work out so well for labor.

“The life of a 19th-century American industrial worker was far from easy. Even in good times wages were low, hours long and working conditions hazardous. Little of the wealth which the growth of the nation had generated went to its workers. The situation was worse for women and children, who made up a high percentage of the work force in some industries and often received but a fraction of the wages a man could earn. Periodic economic crises swept the nation, further eroding industrial wages and producing high levels of unemployment.

“At the same time, the technological improvements, which added so much to the nation’s productivity, continually reduced the demand for skilled labor. Yet the unskilled labor pool was constantly growing, as unprecedented numbers of immigrants—18 million between 1880 and 1910—entered the country, eager for work.

“Before 1874, when Massachusetts passed the nation’s first legislation limiting the number of hours women and child factory workers could perform to 10 hours a day, virtually no labor legislation existed in the country. Indeed, it was not until the 1930s that the federal government would become actively involved. Until then, the field was left to the state and local authorities, few of whom were as responsive to the workers as they were to wealthy industrialists.

“The laissez-faire capitalism, which dominated the second half of the 19th century and fostered huge concentrations of wealth and power, was backed by a judiciary which time and again ruled against those who challenged the system. In this, they were merely following the prevailing philosophy of the times. As John D. Rockefeller is reported to have said: ‘the growth of a large business is merely a survival of the fittest.’ This ‘Social Darwinism,’ as it was known, had many proponents who argued that any attempt to regulate business was tantamount to impeding the natural evolution of the species.

“Yet the costs of this indifference to the victims of capital were high. For millions, living and working conditions were poor, and the hope of escaping from a lifetime of poverty slight. As late as the year 1900, the United States had the highest job-related fatality rate of any industrialized nation in the world. Most industrial workers still worked a 10-hour day (12 hours in the steel industry), yet earned from 20 to 40 percent less than the minimum deemed necessary for a decent life. The situation was only worse for children, whose numbers in the work force doubled between 1870 and 1900.” [3]

No wonder that, in 1891, Pope Leo XIII was able to describe his era as one where “a small number of very rich men have been able to lay upon the teeming masses of the laboring poor a yoke little better than that of slavery itself.” [4] And all of this in the interest of so-called “free enterprise.” But this is what you get when you have firms built to have a kind of war within themselves, where the “workmen desire to get as much, the masters to give as little, as possible.”

Thus, we have a contradiction built into capitalism: people in the same firm pulling in opposite directions. And without legal protections for working people, the results for labor can be dire indeed, as history has shown. The reason why this is a problem is that an economy should be organized so as to enhance general prosperity. But capitalism in its inherent design applies pressure to have the opposite result for a large class of humanity.