In the last offering on these pages your humble servant described a contradiction in the capitalist economic system, promising two more. [1] Let this, then, be the second installment.

What I illustrated last time was that capitalism creates two orders, or classes, of humans: those who own capital, and those who do not. Those who do not work for those who do, receiving a salary or wage in compensation; and the employers have an interest in keeping that compensation as low as possible, while the employees have the opposite interest. These certainly aren’t my own insights; they were recognized in the 18th century by Adam Smith. But we live in the midst of this spectacle, not appreciating that it is a spectacle, that two sets of people in the same boat are rowing in opposite directions. 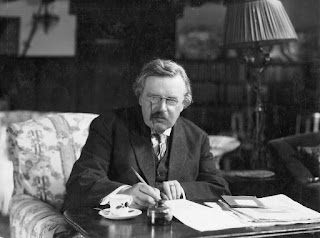 The second contradiction in capitalism arises from the fact that the employees, the workers, are also members of society. The capitalist seeks customers, and some of those customers are going to be the same people he employs. Moreover, unless he is selling luxury items for the wealthy, he is also going to want the employees of other capitalists as customers, employees who also have the same adverse interests to their employers. G.K Chesterton explained the dilemma created this way:

“Capitalism is a contradiction; it is even a contradiction in terms....Capitalism is contradictory as soon as it is complete; because it is dealing with the mass of men in two opposite ways at once. When most men are wage-earners, it is more and more difficult for most men to be customers.  For, the capitalist is always trying to cut down what his servant demands, and in doing so is cutting down what his customer can spend. As soon as his business is in any difficulties, as at present in the coal business, he tries to reduce what he has to spend on wages, and in doing so reduces what others have to spend on coal. He is wanting the same man to be rich and poor at the same time.” [2]

This is hard on workers, who are also consumers. But, eventually, this ends up biting the capitalists in the well-known nether regions. Businesses can’t succeed without customers. And in order to be a customer, one must have enough money to spend. The capitalists look on labor as a cost, and keeping costs low increases profits. However, in this case, reducing costs will tend to reduce profits. 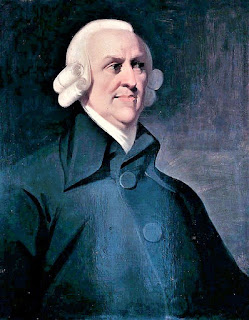 It’s not that business owners can’t see that. But firms don’t dare raise employee compensation too much above what competitors are paying their workers, otherwise they will have to charge prices higher than the going rate. The remedy is the employer collusion that Adam Smith observed:

“We rarely hear, it has been said, of the combinations of masters, though frequently of those of workmen. But whoever imagines, upon this account, that masters rarely combine, is as ignorant of the world as of the subject. Masters are always and everywhere in a sort of tacit, but constant and uniform, combination, not to raise the wages of labour above their actual rate. To violate this combination is everywhere a most unpopular action, and a sort of reproach to a master among his neighbours and equals. We seldom, indeed, hear of this combination, because it is the usual, and, one may say, the natural state of things, which nobody ever hears of.” [3]

Once this happens, one cannot speak of a free market as to labor—except as a sardonic joke. But when customers are sought out to purchase the goods and services provided by a capitalist economy, it becomes evident that capitalism has been sawing off the branch on which it sits.