The way that your humble servant has been discussing capitalism lately, some may wonder what I would replace it with. Would I abolish private ownership of capital assets? That, of course, is what has been understood to be socialism. But “socialism” is a word that has no precise meaning nowadays.

Politicians accuse other politicians of being socialists because those others believe in a stronger social safety net than do those making the accusation. There’s nothing particularly socialist about a safety net, but calling something “socialism” is sufficient to conjure up images of gulags and totalitarianism. 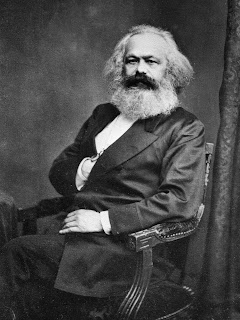 At the same time, there are other politicians who embrace the moniker, even though all they really want to accomplish is to raise the minimum wage, strengthen labor unions, or bring a more European healthcare system to the United States. Thus we are apprised that politics is more theater than philosophy, and more sloganeering than analysis.

But there was a time when “socialism” had a very specific meaning. As a boon to the cause of clarity, the online version of the Merriam-Webster Dictionary continues to assign “socialism” its classic meaning, which is,

“1 : any of various economic and political theories advocating collective or governmental ownership and administration of the means of production and distribution of goods

“2a : a system of society or group living in which there is no private property

“b : a system or condition of society in which the means of production are owned and controlled by the state

“3 : a stage of society in Marxist theory transitional between capitalism and communism and distinguished by unequal distribution of goods and pay according to work done” [1]

Now we already know, or should know, what such an economic system would bring upon us.

People work in order to be paid for it, to get money. And they want money, not to admire the portraits, but in order to be able to buy things. Sometimes they even want to use some of that money in order to start a business of their own, thereby increasing their earning capacity.

But under socialism, as defined, no one has the right to go into business for himself. That wouldn’t bother everybody; but when no one can own the means of production, the entrepenuer is abolished, and, along with her, the creative energy she brings to society. Innovation has to be run past government bureaucrats, who obtained their position through osculating the correct posteriors, and who expect the same treatment from their supplicants.

Moreover, when no one can own the means of production, the value of wages and salaries is, to that extent, diminished. Money is for making purchases, and the more it can purchase the more valuable it is. But under socialism, businesses and capital assets are removed from the class of things that can be purchased.

But it gets worse. 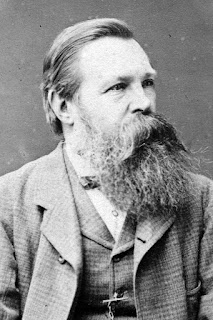 Under present conditions we can, to some extent, separate our work life from our private life. But under socialism the sphere of one’s private life would be greatly diminished. One way to look at this is to consider what things would be like if a large monopolistic corporation took over the government. Everyone would become an employee of this corporation-state, to include the military and the police; and employers, as we know, regulate the lives of their employees in a manner that would be unthinkable for a constitutional republic. Even dress and hairstyle would come under the control of the corporation-state. And since the corporation-state would be in charge of everything, one would never really leave work. No area of life would be free from its mandates.


It would, most certainly, outlaw all competition, and would soon control all business and government functions. Having secured such a position, it wouldn’t have the urgency to supply goods and services that people wanted. The entire economy would operate on a take-it-or-leave-it basis, and the market would be replaced with the fiats of high-ranking bureaucrats.

It is no wonder, then, that Marx and Engels felt they could suggest, as one of the steps toward building communism, the equal “liability of all to labour,” and the establishment “of industrial armies, especially for agriculture.” [2] Only an employer can order one into the fields with hoe and pick, and it appears that involuntary servitude didn’t offend the sensibilities of the founders of history’s most successful socialist movement.

And we’ve seen all of that before. Haven’t we?

But perhaps we could avoid all of that by replacing government ownership with a kind of collective ownership whereby we wouldn’t have one giant enterprise in a monopolistic position, but many, each being collectively owned by it’s workers. Workers would replace stockholders, and they would elect a board of directors, who would, in turn, select the company officers.

What I’m describing is, of course, a worker cooperative, which is a business that operates as a democracy. There are a good number of these around. Some are successful, and others are not. But they have the advantage of not having shareholders who have interests in conflict with that of the firm’s employees.

But they may have conflicts among employees, humans being what they are; and if you view sample bylaws for cooperatives you may find a provision for expelling a member. [3] That makes the position of a member of a worker’s cooperative somewhat less secure than that of a stockholder in a corporation, who has to be bought out if others find him a nuisance. And the problem with capitalism in the first place is that it diminishes property rights, as was discussed in the previous offering. [4]

Moreover, they have to finance themselves in the same way as do other businesses, including bank loans. [5] [6] And if we are going to have a capitalist-free society, funding will have to come from the government. Sure, the workers can pool their own funds, but the sort of machinery that is used in some modern businesses is expensive. Perhaps, the builders of the machinery can construct them and charge a toll for their use. But then we’re back to having capitalists again.

So, are we forever caught between the Scylla and Charybdis of capitalism and socialism? Your humble servant will explore this in subsequent offerings.