Don't Let Them Fool You

The United States apparently wants to keep to itself in the effort to develop a coronavirus vaccine, [1] and it is not hard to guess why that is the case. Our pharmaceutical companies want to develop a vaccine and patent it, the winner of the race obtaining the right to exclude others from manufacturing it for twenty years. That, of course, will give the prevailing company a monopoly over a period of time, and give it the legal right to charge a monopoly price for the privilege of getting one’s self inoculated against a deadly virus. 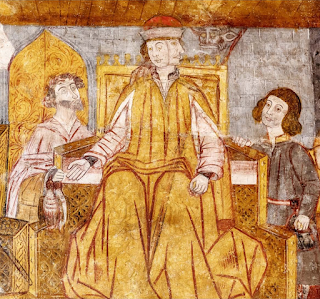 When that happens, there will, naturally, be a good deal of outrage; and the politicians are likely to do nothing, which is what they are paid to do. But they may try to get away with convincing us that there is nothing that they can do, patents being authorized by the Constitution. Don’t let them fool you.

Patents are indeed authorized by the Constitution, of course, but there is definitely something Congress can do if the company who successfully develops the vaccine decides to start charging an exorbitant toll. Amy Kapczynski, a professor of law at Yale Law School, and Aaron S. Kesselheim, an associate professor of medicine at Harvard Medical School, have proposed “that the federal government invoke its power under an existing ‘government patent use’ law to reduce excessive prices for important patent-protected medicines.” [2]

“Rationing is a predictable response to high drug prices. Notably, though, new medicines…are expensive not because they are expensive to manufacture but because they are protected by patents, which allow companies to bar competition and act as the sole supplier of a new medicine….Because patents permit companies to charge profit-maximizing prices, they reduce the uptake of patented medicines, generating a social cost that economists call deadweight loss.

“However, a little-known law, codified at 28 U.S.C. section 1498, could allow the federal government to substantially lower prices for high-cost drugs. This law gives the government the right to use patented inventions without permission, while paying the patent holder ‘reasonable and entire compensation.’ In the case of pharmaceuticals, a patent gives a company the right to prevent others from making, selling, using, or importing a covered medicine. The ‘government use’ provision is a form of governmental immunity from patent claims: Under it, patent holders can demand royalties but cannot stop the government from producing the medicine or allowing others (in this case, generic manufacturers) to produce or import the medicine.”

This is clearly the route the federal government should take should a Covid-19 vaccination, or an effective antiviral, be developed by a private company. Knowledge of this law should be spread far and wide, so that politicians cannot resort to crocodile hand wringing when the time comes.
Posted by Jack Quirk at 11:19 PM