The Imbecility of Parties, Again

Back in March, the Coronavirus Aid, Relief, and Economic Security Act was passed by Congress and signed into law by President Trump. [1] This legislation released “more than $2 trillion to deal with the coronavirus crisis,” but “an oversight commission intended” by the legislation “to keep track of how the money is spent remains without a leader.” [2] 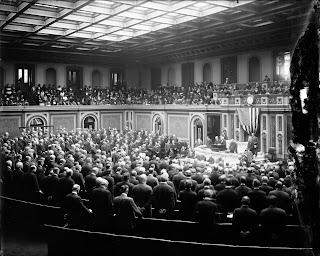 Why is this? “House Speaker Nancy Pelosi, D-Calif., and Senate Majority Leader Mitch McConnell, R-Ky., have not agreed on a chair, leaving the commission rudderless as the federal government pumps unprecedented sums into the economy.” [3] The result is that “the panel’s remaining members can still do some oversight work, but cannot hire staff or set up office space. The four members have not met as a group since the economic rescue law was passed by Congress and signed by President Donald Trump in late March.” [4]

The purpose of the panel is to “watch over $500 billion in lending to distressed industries backed by the Treasury Department and Federal Reserve. The Fed has said the money can be leveraged to offer more than $2 trillion in loans to U.S. companies.” [5] But because our political leaders can’t agree on a chairperson, “the panel’s activity has been reduced to tweets and letters by individual commissioners and a May 8 statement in which it pledged to publish a required report ‘soon.’” [6]

Now the reason why Speaker Pelosi and Majority Leader McConnell can’t agree on a chairperson is obviously because they are members of different political parties, and the parties can’t work together on anything. At all. So now there is going to be no effective oversight of trillions of dollars being lent to private companies.

Political parties aren’t in the Constitution. The Founding Fathers originally didn’t want political parties to emerge, but soon fell under the party thrall. This latest disgraceful episode yields us yet another reason, among a catalogue of reasons, of why political parties are a public nuisance and must be gotten rid of before our nation is reduced to utter imbecility.
Posted by Jack Quirk at 11:32 PM