It appears that “states with large rural populations are lagging behind the rest of the nation in answering the 2020 questionnaire.” [1] And why is this? “They have the largest concentration of households dependent on receiving forms from census workers in the spring.”

“Two months after most U.S. residents could start answering the 2020 census, response rates in states that have many households without city-style addresses ranged from 40% to 50%. The national rate is 59% as of mid-May.” 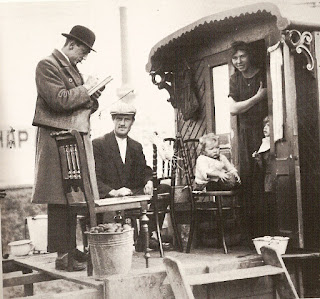 A census every decade is a constitutional requirement [2], and some of us might be laboring under the impression that it is a rigorously accurate process. But the “2010 census missed more than 1.5 million minority members…,” yet “overcounted the total population by 36,000 people, or 0.01 percent, mostly because of duplicate counts of whites who own multiple homes.” [3] Meanwhile, there were “advertising and outreach efforts that pushed census costs to $15 billion.”

Proportional representation in the House of Representatives, the purpose of the census, is an undeniable good. But should the representation be of raw population, or actual voters? In the Constitutional Convention, William Paterson of New Jersey argued that only free persons should be considered in apportioning representatives, since slaves would never be allowed to vote. [4] That seemingly commonsense view wasn’t unanimous, and the result was the infamous Three-Fifths Compromise whereby slaves would count as three-fifths of a person for purposes of allocating representatives.

We don’t have slaves anymore, at least we’re not supposed to have them, and the concerns of slaveholding states are no longer relevant. Perhaps, then, we can revisit the question of who should be counted in a census. In fact, we don’t really need a census. People will count themselves every time they vote. Representatives can be apportioned for each state based on the total number of voters from that state in the previous federal election.

This process will do more than save money. It will also create a disincentive to suppress votes. States who take actions to prevent voting from certain segments of the population, say, on the basis of race, will potentially reduce their representation in Congress. And that would be a good thing. Wouldn’t it?
Posted by Jack Quirk at 10:10 PM