Getting Rid of Gerrymandering

Earlier this year the U.S. Supreme Court decided that political gerrymandering claims were “nonjusticiable, saying that there was no ‘constitutional directive’ nor any ‘legal standards to guide’ the Court.  Quoting an earlier plurality opinion on the issue, the Court said that ‘neither § 2 nor § 4 of Article I [of the U.S. Constitution] “provides a judicially enforceable limit on the political considerations that the States and Congress may take into account when districting.”’” [1] One might think that Equal Protection would have been a good place to start, but here we are with henhouses left to the care of the foxes.

It could be suggested that an obvious remedy might be to make gerrymandering impossible, by requiring that members of the U.S. House of Representatives be elected on an at-large basis in every state. But there is a problem. While in “our early history, state congressional delegations were generally elected at-large instead of by districts,” in 1842 “Congress required single-member districting  and later” in 1872, “added a provision for equally populated districts ….” So at-large voting, except in states which have only one representative, would be contrary to law. 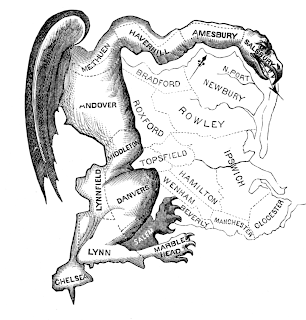 Now there actually is a good reason for prohibiting at-large voting for members of the House of Representatives. While gerrymandering is an effective method for marginalizing minorities, or even majorities, at-large voting would be a cure worse than the disease. If every voter was permitted to vote on his state’s entire delegation, minorities could be shut out completely, even if that minority constituted as much as 49% of the vote.

But there is another way to rid ourselves of districts, and, hence, gerrymandering, without such a baneful result. Instead of having voters cast as many votes as there are House seats from their states, require that they select only one candidate from the list. Those candidates receiving the most votes would be seated. If two or more candidates qualify for the bottom position, there would be a run-off. If the result is that there are not enough candidates receiving votes to fill up the delegation, a second election can be held to accomplish that end. Critical to this method, which I will dub the “single-vote-at-large method,” would be the abolition of primaries, which would have the effect of eliminating candidates within political parties who might get broader statewide support in a general election.

It really is a peculiar prejudice that we have that tells us that political interests align with territory. A farmer, as a farmer, in the southern part of a state is more likely to have similar interests with a farmer in the northern part than with a manufacturer living next to him. Members of racial minorities will have similar interests regardless of their geographic location. 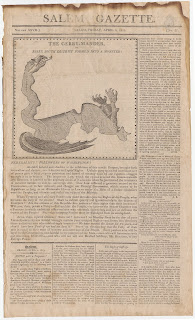 And let us not be over-awed with any objection that selecting one candidate from such a large slate would be too confusing for voters. All this method requires of voters is that they pick the one candidate most appealing to them. While it is true that in a large state, like California, there will likely be an insurmountable obstacle to becoming adequately informed about the positions of every candidate, it is for the candidates to make themselves known; and the internet has made this possible without too much of an investment. Besides, no one goes to the polls with perfect knowledge, and with this plan the odds will increase that a voter will find a candidate suitable for him proportionately to the size of his state’s delegation.

This plan also has the benefit of being less complicated than other extant suggestions like cumulative voting or ranked-choice voting. With cumulative voting, electors have a certain number of votes which they can spread around to different candidates or give to one of them. To the extent this protects stockholder minorities in corporations where this method is often used, it would require a prodigious amount of organization to work as it should in a political election of any great territorial extent. Ranked-choice voting is in vogue nowadays, but it is not at all clear that the average voter has a good idea of how he would rank candidates after he selects the one he prefers. As he goes down the list, there will be a temptation to be arbitrary, which will not truly yield the information sought for.

This single-vote-at-large method appears to your humble servant to be not only the simplest answer to the gerrymandering problem, but also the method most likely to yield a result that comports with the actual interests within a state. We need only rid ourselves of the superstition that geography has a predominant role to play in reflecting the actual interests existing in society.
Posted by Jack Quirk at 2:07 AM