The Constitutional Right to Welfare

In 1969, the United States Supreme Court was confronted with the question of “whether a State that terminates public assistance payments to a particular recipient without affording him the opportunity for an evidentiary hearing prior to termination denies the recipient procedural due process in violation of the Due Process Clause of the Fourteenth Amendment.” [1] The case was Goldberg v. Kelly, and the Court answered the question in the affirmative.

The obvious concern was that a welfare recipient might be deprived of necessary aid as his challenge to the state action remained pending. As the trial court that first heard the case put it, “‘By hypothesis, a welfare recipient is destitute, without funds or assets.... Suffice it to say that to cut off a welfare recipient in the face of…“brutal need” without a prior hearing of some sort is unconscionable, unless overwhelming considerations justify it.’” The Court “rejected the argument that the need to protect the public’s tax revenues supplied the requisite ‘overwhelming consideration.’”

The Court also rejected the notion that the constitutional challenge could “be answered by an argument that public assistance benefits are ‘a “privilege” and not a “right.”’” In a footnote, the Court made this point: 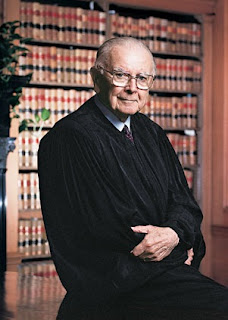 “It may be realistic today to regard welfare entitlements as more like ‘property’ than a ‘gratuity.’ Much of the existing wealth in this country takes the form of rights that do not fall within traditional common-law concepts of property. It has been aptly noted that

“‘[s]ociety today is built around entitlement. The automobile dealer has his franchise, the doctor and lawyer their professional licenses, the worker his union membership, contract, and pension rights, the executive his contract and stock options; all are devices to aid security and independence. Many of the most important of these entitlements now flow from government: subsidies to farmers and businessmen, routes for airlines and channels for television stations; long term contracts for defense, space, and education; social security pensions for individuals. Such sources of security, whether private or public, are no longer regarded as luxuries or gratuities; to the recipients they are essentials, fully deserved, and in no sense a form of charity. It is only the poor whose entitlements, although recognized by public policy, have not been effectively enforced.’”

The Fourteenth Amendment provides that no State shall “deprive any person of life, liberty, or property, without due process of law….,” [2] and the Court held that welfare recipients have a right to due process before having their benefits taken away. The Court was thus recognizing that welfare recipients had a property interest in their benefits.

The logic was impeccable, though one can easily imagine the outrage generated by such a holding. Welfare is widely considered a kind of government charity that one receives as the donee of government beneficence. 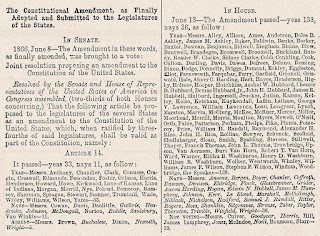 Devotees of Social Darwinism will be quick to say that this can be easily dispensed with by simply getting rid of any statute or other positive law that provides for welfare benefits. And as far as the reasoning of the Goldberg case goes, that point seems valid. But the issue really goes deeper than that.

The Fourteenth Amendment references “life, liberty, [and] property,” and those words have historical legal meaning. Sir William Blackstone, in his Commentaries on the Laws of England used similar language in describing the rights of every Englishman.

“The rights themselves thus defined by these several statutes, consist in a number of private immunities; which will appear, from what has been premised, to be indeed no other, than either that residuum [remainder] of natural liberty, which is not required by laws of society to be sacrificed to public convenience; or else those civil privileges, which society has engaged to provide, in lieu of the natural liberties so given up by individuals. These therefore were formerly, either by inheritance or purchase, the rights of all mankind; but, in most other countries of the world being now more or less debased and destroyed, they at present may be said to remain, in a peculiar and emphatic manner, the rights of the people of England. And these may be reduced to three principal or primary articles; the right of personal security, the right of personal liberty; and the right of private property: Because as there is no other known method of compulsion, or of abridging man’s natural free will, but by an infringement or diminution of one or other of these important rights, the preservation of these, inviolate, may justly be said to include the preservation of our civil immunities in their largest and most extensive sense.” [3] 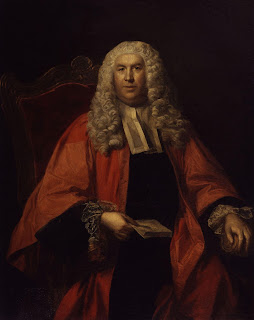 It is clear that, for Blackstone, these rights were not granted by the sovereign, but “the rights of all mankind….” And we cannot easily dismiss this as no more than the opinion of Blackstone, because the United States inherited the laws of England, Blackstone being a chief expositor of same, and the words of our Constitution refer back to them. Thus, we must understand the laws of England at the time of our nation’s founding in order to properly understand our own law.

Now the right to life is included in the right of personal security, as Blackstone explains:

“The right of personal security consists in a person’s legal and uninterrupted enjoyment of his life, his limbs, his body, his health, and his reputation.”

Modern prejudices may incline one to think that society fulfills its duty in this regard by refraining from positive actions adverse to these interests, and enacting laws to protect these rights against infringement. But it is not so. Blackstone goes on to say,

“The law not only regards life and member, and protects every man in the enjoyment of them, but also furnishes him with everything necessary for their support. For there is no man so indigent or wretched, but he may demand a supply sufficient for all the necessities of life, from the more opulent part of the community, by means of several statutes enacted for the relief of the poor, of which in their proper places.”

The right to life, then, requires positive action on the part of society to supply to the indigent what is necessary to maintain life. Blackstone wrote in the 18th century, and some will be surprised that he took such a modern view of the matter. But the truth is, it is the view that the poor should be left to the vicissitudes of voluntary charity that is of more recent vintage.

The Constitution requires that no state deprive a person of life without due process of law. The historical meaning of that requirement includes the obligation to provide the means of life to the indigent. Therefore, every state has the obligation to provide for the indigent within its borders. And since the federal government has the power to create money, it should fulfill the subsidiary role of funding.
Posted by Jack Quirk at 12:48 PM