Is there any excuse for deporting a veteran of the U.S. military? If anything, this should be a bipartisan issue. But as testimony to the fecklessness of Congress, these deportations are still going on.

Many are under the impression that service in the U.S. military results in the automatic conferral of citizenship. That’s certainly the way it should be. It would be basic human decency, after all. But, alas, it is not so.

Even those who honorably serve in the military must still satisfy certain bureaucratic requirements. [1] [2] One still has to apply, for example, and the applicant will only be excused “from any specific period of residence or physical presence within the United States, so long as the application is filed while the applicant is still serving in the military or within six months of an honorable discharge.” [3] If you blow the deadline, tough luck. 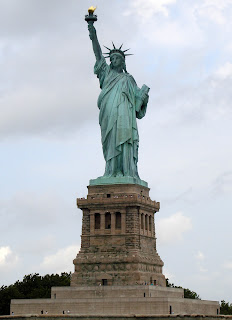 As a result, in “a country where we celebrate and honor those who heeded the call to serve in the military, most Americans would be shocked to learn that just south of the U.S.-Mexico border in Tijuana, Mexico, exists the Deported Veterans Support House, better known as ‘The Bunker.’ Marked by a banner in red, white, and blue, and located next to a tire shop in a residential neighborhood, the bunker is a shelter for veterans of the United States Armed Forces who were deported from the same country they fought to protect, even after being honorably discharged.

“Once inside, you might be greeted by veterans who are miles away from their homes and their families and denied access to the benefits they earned, need, and are still eligible for under the law. In the face of this injustice, however, they are still proud of their service to our nation and are fighting to return home. It’s time for Congress to join this fight and bring them back to the families and nation they risked their lives to protect.” [4]

In response to this travesty, Representatives Mark Takano, Juan Vargas, and Raúl M. Grijalva have introduced H.R. 4890 [5], “the Veteran Deportation Prevention and Reform Act of 2019 to prevent noncitizen veterans from being deported, improve tracking of noncitizen veterans in immigration proceedings, and bring certain eligible deported veterans back home.” [6] The proposed legislation 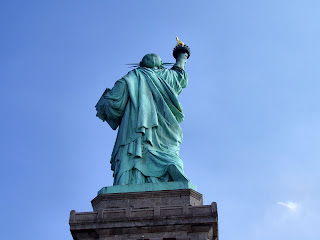 “ · Directs DHS to establish a Military Family Immigration Advisory Committee that would provide recommendations on whether an individual should be granted a stay of removal, deferred action, parole, or be removed from the country.

“ · Provides a pathway of citizenship for spouses and children of members of the Armed Services through a joint program between DOD and DHS.

“ · Requires DHS to establish a program and application procedure that allows eligible veterans to be admitted as noncitizens lawfully admitted for permanent residence. Also directs the Attorney General to reopen any removal proceedings of each noncitizen veteran issued and where appropriate, rescind any orders of removal already issued.”

This legislation seems like a common-sense reform, but your humble servant would go further.

For the U.S. military to accept the services of someone who would not be eligible for citizenship down the road is exploitation. Therefore, the screening should be front-loaded, and should take place at the time the alien applies to serve in the military. After that, citizenship should be conferred automatically, without the need for further application, after one year of service. The granting of citizenship under these terms should apply to everyone in the applicant’s immediate family. If the Department of Homeland Security should thereafter discover anything in the applicant’s history that should be disqualifying, then the Department should file a petition revoking the arrangement within the first year of service.

It really is the least we can do.
Posted by Jack Quirk at 1:05 PM