Impeachment has been the leading topic of conversation in the past few days, but there is this other way in which a president can be removed from office. Perhaps it is not often discussed, because there is little anticipation that Vice-President Pence and a majority of the cabinet officers will turn on Mr. Trump in this manner, let alone that two-thirds of the Republican Senate will agree to it. 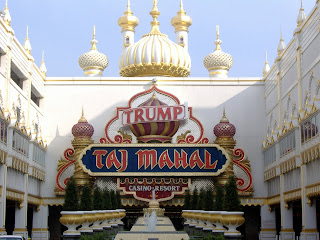 But the psychological condition of the president is a matter of serious concern among competent professionals. John Gartner is a psychologist and former assistant professor at Johns Hopkins University Medical School. Dr. David Reiss has been a practicing psychiatrist for more than 30 years, specializing in fitness evaluations. Dr. Steven Buser is a clinical psychiatrist practicing in Asheville, North Carolina, and a former Air Force psychiatrist. At the end of May, these three said the following in the pages of USA Today:

“Many of us in the mental health community have been arguing for years that Trump should be removed because he is psychologically unfit. We posted a professional petition online stating that ‘in our professional judgment … Donald Trump manifests a serious mental illness that renders him psychologically incapable of competently discharging the duties of president of the United States.’ It garnered over 70,000 signatures and formed a professional organization, Duty To Warn, dedicated solely to this issue and has held rallies across the country.

“Most recently, ‘Dangerous Case’ editor Bandy Lee and a group of colleagues issued a mental health analysis of the Mueller report in which they concluded ‘there is compelling medical evidence’ that Trump ‘lacks the capacity to serve as president.’ He manifests ‘impaired capacity to make responsible decisions free of impulsivity,’ as well as an ‘inability to consider consequences before taking action, detachment from reality, paranoid reactions, creation of dangerous conditions, and cognitive and memory difficulties.’” [2] 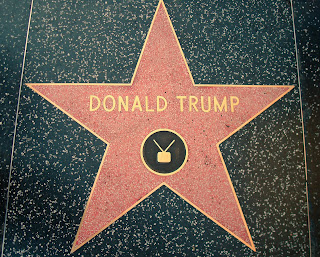 Until now, there has been little reason to hope that the president’s Republican cabinet would invoke the 25th Amendment. But circumstances have changed.

“In a major shift in United States military policy in Syria, the White House said on Sunday that President Trump had given his endorsement for a Turkish military operation that would sweep away American-backed Kurdish forces near the border in Syria.

“Turkey considers the Kurdish forces to be a terrorist insurgency, and has long sought to end American support for the group. But the Kurdish fighters, which are part of the Syrian Democratic Forces, or S.D.F., have been the United States’ most reliable partner in fighting the Islamic State in a strategic corner of northern Syria.” [3]
What Mr. Trump has done is endorse a military attack against our allies. That is simply unconscionable, and is a clear manifestation of mental irregularity. 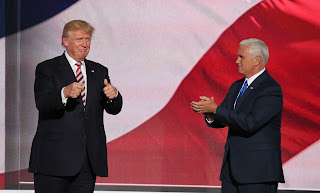 Sure enough, “Turkey launched airstrikes and fired artillery across its border into northeastern Syria on Wednesday to open a military operation aimed at flushing out” the “American-backed militia….” [4] Only the most dyed-in-the-wool partisans are capable of seeing this as anything but a disaster. Regardless of how one views American involvement in Syria, it is sheer madness to abandon and betray allies in this manner.

“President Trump faced a swift torrent of Republican criticism Monday as lawmakers rebuked his plan to withdraw troops from northeast Syria, a move Senate Majority Leader Mitch McConnell said would undermine U.S. national security and potentially bolster Islamic State terrorists.” [5] While most “Republicans have been reluctant to criticize Trump’s calls for Ukraine and China to investigate former vice president Joe Biden, a political opponent, and his son Hunter — acts that have become central to Democrats’ impeachment investigation,” his agreement to move U.S. troops out of the way so that Turkey can attack America’s Kurdish allies has “opened him up to direct criticism from some of the lawmakers who have tried to defend him in the impeachment inquiry.”

One hopes that this latest incident will convince Republican lawmakers and cabinet officers that President Trump lacks the mental stability to hold his office. Patriotism demands that they wake up to this sad fact. Policy differences there will be. But everyone should agree that the President should be mentally competent.
Posted by Jack Quirk at 1:36 PM