But Are They Serious? 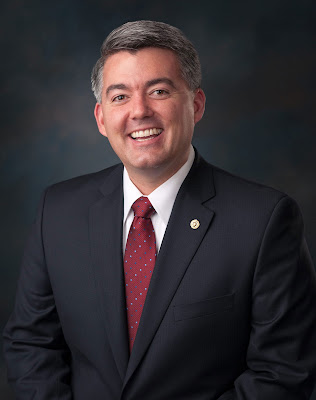 The decision of the Trump administration to commence the vigorous enforcement of federal marijuana laws has resulted in bipartisan opposition, it seems. [1] “Attorney General Jeff Sessions, long a vocal opponent of the legalization of marijuana,” has “rescinded an Obama-era policy that discouraged federal prosecutors in most cases from bringing charges wherever the drug is legal under state laws,” [2] and both Republicans and Democrats have “reacted with dismay and howls of betrayal….”

Marijuana has been legal in Colorado since January of 2014, and has developed into an established industry in the state. [3] Naturally, “Senator Cory Gardner of Colorado, a conservative member of the Republican leadership who has rarely broken with the Trump White House,” is none too pleased. He has declined to participate in “a federal assault on the expanding $1 billion legal pot business approved by voters in Colorado, and” has “threatened to try to block all Justice Department nominees until Mr. Sessions” backs off. “’I am obligated to the people of Colorado to take all steps necessary to protect the state of Colorado and their rights,’” he says, pointing out that “he had been assured by both President Trump and Mr. Sessions before voting for the attorney general’s confirmation that backtracking on marijuana would not be a focus of the administration.”

Mr. Gardner is “not the only unhappy Republican. Senator Lisa Murkowski of Alaska” where marijuana is also legal [4], “said in a statement that she had repeatedly discouraged Mr. Sessions from taking action on marijuana, a move that she called regrettable and disruptive.”

Medical marijuana is legal in Florida [5], and, as The New York Times reports,

“Representative Matt Gaetz of Florida, a leading Trump ally in the House, said the decision would deny relief to suffering cancer patients, including children. He said the move by Mr. Sessions was ‘heartless and cold, and shows his desire to pursue an antiquated, disproven dogma instead of the will of the American people. He should focus his energies on prosecuting criminals, not patients.’” 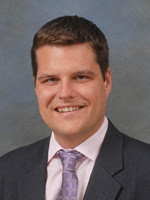 Of course, Democrats haven’t been silent either:

“Representative Nancy Pelosi of California, the Democratic leader whose state began allowing the sale of recreational marijuana this week, also pointed to the strong national sentiment for legalization shown in votes around the country in recent years.

“’Attorney General Jeff Sessions’s decision bulldozes over the will of the American people and insults the democratic process under which majorities of voters in California and in states across the nation supported decriminalization at the ballot box,’ she said. ‘Yet again, Republicans expose their utter hypocrisy in paying lip service to states’ rights while trampling over laws they personally dislike.’

“She and Senator Patrick J. Leahy, Democrat of Vermont, said they would try to use a pending spending package to prevent Mr. Sessions from following through on the plan to overturn an Obama-era policy that made marijuana prohibition a low priority for law enforcement. Mr. Leahy noted that such a provision had previously passed the Senate Appropriations Committee with support from both parties.” 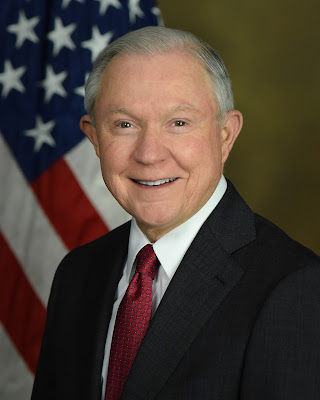 But two pertinent facts are being concealed, whether willfully or not, by all of this rhetoric. The first is that the president, as the chief executive, is constitutionally mandated to “take Care that the Laws be faithfully executed…,” [6] and there remains a federal prohibition of marijuana. When it comes to enforcement of federal marijuana laws, it doesn’t matter if Donald Trump or Jeff Sessions oppose or support marijuana legalization. It doesn’t matter if they have an earnest personal desire to smoke pot. Their job is to enforce the law, and if they refuse to do so it is an abrogation of their constitutional duty.

The second is that Congress is the legislative branch of the federal government. The laws that are enforced by the executive branch don’t come from the sky. Federal marijuana prohibition didn’t emerge from the ground. It is there because Congress passed a law saying it should be there. And it could pass legislation saying that it should no longer be there. But with all of this rhetoric we are hearing from members of Congress, none of them are saying that they will introduce legislation to repeal federal marijuana laws and leave the question to the states. Instead they are trying to put the blame on the administration, which is only saying that it will enforce the legislation that Congress has passed. Now if Congress passes such legislation, and the president responds with a veto, then the blame can be placed with him. But not before.


Until then one should be forgiven for thinking that the outrage being expressed isn’t serious.
Posted by Jack Quirk at 11:20 AM