If You Really Mean It

One idea behind the reduction of the corporate tax rate to 21% and the 20% deduction for income earned through “pass-through” businesses (like sole proprietorships, partnerships, and S corporations) is that businesses will use the extra money to add jobs and pay better wages. This argument is countered with the assertion that they probably won’t.

Your humble servant will leave off predicting the future for now, and simply make the observation that there is no logical necessity between business tax cuts and enhancing the position of the employee class. Moreover, it should be plain to any onlooker of average wit that the connection between selfish economic interests and the consequent benefit to the economy as a whole has been overstated. 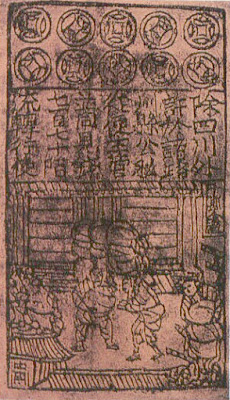 There are ways of ensuring that we get the outcomes that we want, but it requires the insertion of machinery into the social edifice. Some decry such efforts with emanations of stupidity like “picking winners and losers,” as if any system was immune from doing so. The system we implant will indeed pick winners and losers, but, with any luck, it will pick the winners we believe ought to be victorious.

Now the ostensible goal of the aforementioned tax cuts is to create more and better employment. Only a thoroughgoing nihilist will object to the goal, which is why the defenders of the plan will try to cast the debate as being over the desirability of that outcome. On that score, the future that is soon to become history will be instructive.

We are letting plutocrats and companies keep more of their money in the hope that they will dispose of same for socially beneficial purposes. Given that this is so, it becomes irresistible to wonder whether it might be prudent to make such beneficial disposition mandatory rather than optional. Rather than legislating tax cuts in the hope that that businesses will hire more people or raise wages, shouldn’t we be making tax cuts contingent upon such activities? For example, we could tie a company’s tax rate to the ratio between the amounts it pays in compensation to its CEO and its lowest paid employee; the wider the disparity, the greater the tax would be.


Is there a sincere desire to improve the lot of everyone through tax cuts? The reaction to a proposal to make tax cuts contingent on that basis would be a test of guile.
Posted by Jack Quirk at 12:21 PM