We Have to Get Better at This: Tillerson's Gaffe and Our Ongoing Fecklessness in Iraq

Secretary of State Rex Tillerson thinks that it is time for the Iranian militias to leave Iraq. “Iranian militias that are in Iraq, now that the fight against Daesh and ISIS is coming to a close, those militias need to go home,” he said on Sunday. “Any foreign fighters in Iraq need to go home and allow the Iraqi people to regain control of areas that had been overtaken by ISIS.” [1] 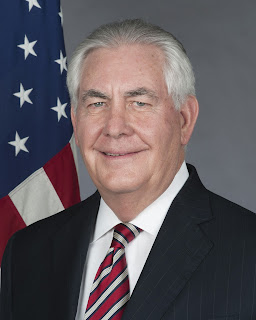 That sounds reasonable. There’s a problem though: the fighters are already home. They’re Iraqis!

Unsurprisingly, Iraqi Prime Minister Haider al-Abadi took exception to Secretary Tillerson’s remarks. “Members of the militias are Iraqi patriots who ‘have sacrificed greatly to defend their country,’ Mr. Abadi’s statement said. ‘No side has the right to intervene in Iraq’s affairs or decide what Iraqis should do.’”

Of course, the prime minister is correct. The American secretary of state shouldn’t suggest that Iraqi citizens leave their own country.

Now there is the point to be made that perhaps the prime minister should improve his sense of humor. After all, it is obvious that Secretary Tillerson thought he was talking about Iranians. On the other hand, maybe the fact that our secretary of state didn’t bother to properly inform himself before making such a pronouncement makes him as nervous as it should make Americans. 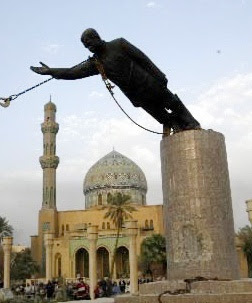 On Mr. Tillerson’s behalf, however, it should be pointed out that a “top Iranian commander, Maj. Gen. Qassam Suleimani, has advised the militias inside Iraq, prompting some Iraqi lawmakers to describe them as an arm of Iran’s Revolutionary Guards Corps.” That’s not the same thing as being Iranians, of course, and the secretary’s aides “later tried to clarify his remarks as only meaning that Iraq’s military needed a unified chain of command…,” manifesting awareness of the previous inaccuracy.

But we shouldn’t single out Secretary Tillerson. He is hardly the first of Americans in high places to misunderstand the situation in Iraq. The majority of Iraqis are Shi’a Muslims. [2] It borders on Iran, which is 90% to 95% Shi’a Muslim. [3] In 2003 the United States, for no reason, invaded Iraq to topple Saddam Hussein [4], who had policies that favored Sunni Muslims, and now we’re concerned that Iran has too much influence with Iraq. This is a level of fecklessness that couldn’t be dreamed up by a fiction writer, and will provide no small amount of amusement for history students in the ensuing centuries.


We have to think of a better way to select our national leadership.
Posted by Jack Quirk at 12:57 AM