What are tools? They are nothing other than extensions of ourselves. The human body is limited in the actions that it can perform, and so we use tools to extend our capabilities. It’s pretty hard to drive a nail with your fist, so we have hammers. It’s impossible to saw a wooden board with your fingernails, and so we have saws.

Of course, our tools get a lot more complicated than that. We have heavy tools that are used in things like construction and manufacturing. We don’t always call them tools. For example, we don’t usually call a telescope a tool, though it expands the range of our perception immensely. We don’t often hear a rocket referred to as a tool, but it can launch satellites, and even carry people into space.

Tools owned by a business for purposes of production are its capital. I’m not talking about tools that are put out for sale, but those human made things, such as machinery, that are used in the process of generating profits. In the case of a corporation, the company is the owner of these tools, and the shareholders are the owners of the company. 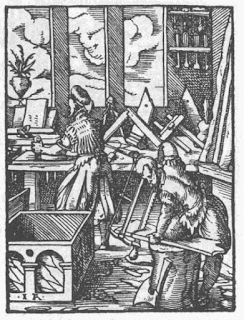 But this is peculiar. Those who own the tools, which are extensions of the human body, are considered owners; those who bring their bodies to bear on production without such extensions are not. There is something arbitrary in this distinction.

Here’s another way to look at it. Someone can set aside a part of her wages or salary and buy stock in any publicly traded company she chooses. But she cannot, simply by working, acquire any stock or partnership interest in the company she works for. Yet the money she receives for working represents a value; it is an abstraction of her labor. She can obtain an ownership interest using an abstraction of her labor, but cannot do the same with the labor itself. (I am not talking about employee stock ownership plans, which tend to be, essentially, retirement programs.) 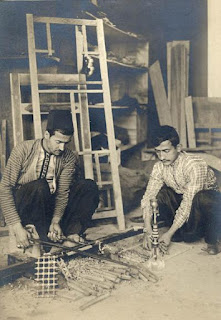 No business can pay its employees, in the form of wages or salaries, the entirety of the value they bring to the company; it would be unable to make a profit if it did that.

There is a measurement called “revenue per employee,” which calculates, roughly, how much money each employee generates for the firm. [1] It is used as a measure of productivity, and it is calculated by dividing the company’s total revenue by the number of employees it has. Obviously, the total revenue can’t be disbursed to the employees, because it would eat up the profits.

But this shows that employees don’t receive as compensation the value they impart to the company. They don’t receive a full return on their labor investment. The doctrine—nay, the superstition—that capital can only be purchased with money, has resulted in an artificial division in society between capital and labor, with the resulting class conflict manifesting itself in politics. And with the preponderance of money being on the side of capital, labor suffers a perpetual disadvantage.

The obvious solution to class conflict is to rid ourselves of classes. The Marxist answer was to abolish ownership of the means of production, the ownership of capital. But this has always resulted in the effective ownership of capital by the government; and history has informed us that when everyone’s employer is also the police, the results are likely to be dire.

By that, I don’t mean that we should leave vast numbers unemployed, but that we should find a way to convert laborers into capitalists. My suggestion of how to accomplish that will be the subject of my next post.