I Will Have Mercy and Not Sacrifice

42 U.S.C. §2000e-2(a), which will hereinafter be referred to as “Title VII,” says that it is “an unlawful employment practice for an employer—

“(1) to fail or refuse to hire or to discharge any individual, or otherwise to discriminate against any individual with respect to his compensation, terms, conditions, or privileges of employment, because of such individual’s race, color, religion, sex, or national origin; or 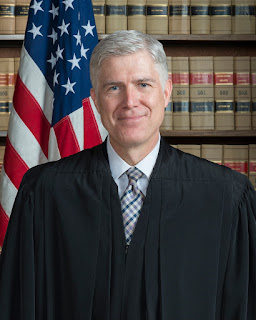 “(2) to limit, segregate, or classify his employees or applicants for employment in any way which would deprive or tend to deprive any individual of employment opportunities or otherwise adversely affect his status as an employee, because of such individual’s race, color, religion, sex, or national origin.” [1]

This statute was enacted in 1964, back when very few were considering same-sex marriage as a possibility, or transgenderism as anything requiring legislation. But in a recent case that has achieved instant notoriety, Bostock v. Clayton County, the United States Supreme Court has ruled on whether the above statutory language covers employer actions against homosexuals or transgender persons based on their status as such.

Now it may be doubtful that anyone in Congress was thinking of homosexual or transgender persons when the statute was passed. But such an inquiry would have some difficulty. There were 535 members of Congress, then as now, and it would be impossible to know what was on the minds of all of them. “Legislative intent,” therefore, is always something of a term of art.

That’s why the preferred method of statutory interpretation is to go with the plain meaning of the statutory language whenever possible. Under that method, the “limits of the drafters’ imagination supply no reason to ignore the law’s demands. When the express terms of a statute give us one answer and extratextual considerations suggest another, it’s no contest. Only the written word is the law, and all persons are entitled to its benefit.” [2] 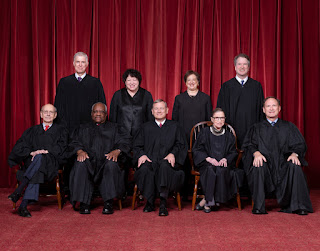 “Sex” in our age of linguistic engineering can mean different things to different people. But in 1964 it is safe to assume that “sex” had the traditional biological meaning. As the Court said in this case, “This Court normally interprets a statute in accord with the ordinary public meaning of its terms at the time of its enactment. After all, only the words on the page constitute the law adopted by Congress and approved by the President. If judges could add to, remodel, update, or detract from old statutory terms inspired only by extratextual sources and our own imaginations, we would risk amending statutes outside the legislative process reserved for the people’s representatives. And we would deny the people the right to continue relying on the original meaning of the law they have counted on to settle their rights and obligations.”

In other words, courts are to look to the original meaning of the words when interpreting statutes. That is different than trying to discern original intent, which might be a metaphysical enterprise. So how did that work out in this case?

First, it is important to take note that “the statute prohibits employers from taking certain actions ‘because of’ sex.” Well, what does that mean? “In the language of law, this means that Title VII’s ‘because of’ test incorporates the ‘”simple”’ and ‘traditional’ standard of  but-for  causation….That  form  of  causation  is  established whenever a particular outcome would not have happened  ‘but  for’  the  purported  cause….In  other  words,  a  but-for  test  directs  us  to  change one thing at a time and see if the outcome changes. If it does, we have found a but-for cause.”

When the wording of the law is taken into account, the Court’s ruling appears inescapable:

“From the ordinary public meaning of the statute’s language at the time of the law’s adoption, a straightforward rule emerges: An employer violates Title VII when it intentionally fires an individual employee based in part on sex. It doesn’t matter if other factors besides the plaintiff ’s sex contributed to the decision. And it doesn’t matter if the employer treated women as a group the same when compared to men as a group. If the employer intentionally relies in part on an individual employee’s sex when deciding to discharge the employee—put differently, if changing the employee’s sex would have yielded a different choice by the employer—a  statutory  violation  has  occurred. Title VII’s message is ‘simple but momentous’: An individual employee’s sex is ‘not relevant to the selection, evaluation, or compensation of employees.’ [citation omitted] 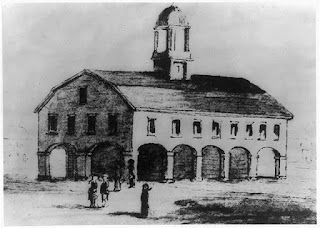 “The statute’s message for our cases is equally simple and momentous:  An individual’s homosexuality or transgender status is not relevant to employment decisions. That’s because it is impossible to discriminate against a person for being homosexual or transgender without discriminating against that individual based on sex. Consider, for example, an employer with two employees, both of whom are attracted to men. The two individuals are, to the employer’s mind, materially identical in all respects, except that one is a man and the other a woman. If the employer fires the male employee for no reason other than the fact he is attracted to men, the employer discriminates against him for traits or actions it tolerates in his female colleague. Put differently, the employer intentionally singles out an employee to fire based in part on the employee’s sex, and the affected employee’s sex is a but-for cause of his discharge. Or take an employer who fires a transgender person who was identified as a male at birth but who now identifies as a female. If  the  employer  retains  an  otherwise  identical employee  who  was  identified  as  female  at  birth,  the  employer intentionally penalizes a person identified as male at birth  for  traits  or  actions  that  it  tolerates  in  an  employee  identified  as  female  at  birth. Again, the individual employee’s sex plays an unmistakable and impermissible role in the discharge decision.”

Justice Gorsuch, who wrote the majority opinion, wasn’t engaged in an act of judicial legislation. He wasn’t betraying the “social conservatives” who voted for the President who appointed him. He was doing what it was always clear that he would do, given his well-known judicial philosophy: applying the text of the law to the facts before him, without interjecting his own policy preferences. That was supposed to be what the “conservatives” wanted.

Of course, sometimes the positive law can be unjust. According to natural law theory, of which your humble servant is an adherent of the least dignity, an unjust law is no law at all. But is Title VII unjust, or did it have an unjust result in this case? Consider the facts. 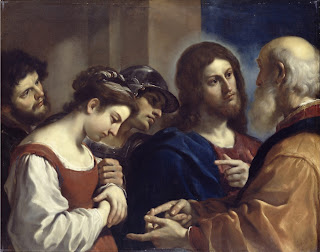 “Each  of  the  three  cases  before” the Court “started  the  same  way: An employer fired a long-time employee shortly after the  employee  revealed  that  he  or  she  is  homosexual  or  transgender—and  allegedly  for  no  reason  other  than  the  employee’s homosexuality or transgender status. Gerald Bostock worked for Clayton County, Georgia, as a child welfare advocate. Under his leadership, the county won national awards for its work.  After a decade with the county, Mr. Bostock began participating in a gay recreational softball league.  Not long after that, influential members of the community allegedly made disparaging comments about Mr.    Bostock’s sexual orientation and participation in the league. Soon, he was fired for conduct ‘unbecoming’ a county employee.

“Donald Zarda worked as a skydiving instructor at Altitude Express in New York.  After several seasons with the company, Mr. Zarda mentioned that he was gay and, days later, was fired.

“Aimee Stephens worked at R. G. & G. R. Harris Funeral Homes in Garden City, Michigan.    When she got the job, Ms. Stephens presented as a male.  But two years into her service with the company, she began treatment for despair and loneliness. Ultimately, clinicians diagnosed her with gender dysphoria and recommended that she begin living as a woman.  In her sixth year with the company, Ms. Stephens wrote a letter to her employer explaining that she planned to ‘live and work full-time as a woman’ after she returned from an upcoming vacation. The funeral home fired her before she left, telling her ‘this is not going to work out.’”

The question that must be asked is whether it would have been just to let these employer actions stand. If one is opposed to homosexuality or transgenderism, does it follow that he should support actions that deprive such persons of a livelihood? Your humble servant is a Catholic, and I need not delineate my Church’s stance on these issues. But does that require me to rise in support of the termination of good employees because they don’t adhere to the tenets of my religion? On the contrary, “Go then and learn what this meaneth, I will have mercy and not sacrifice.” (Matthew 9:13) [3]