Recently the Supreme Court held that the Founding Fathers did something senseless when they wrote the constitutional provision for the election of the President. And a little misleading. They gave the distinct impression that they wanted actual electors to vote for the President—deceptively accomplished by the use of the term “electors”—when what they really wanted was for the state legislatures to award points allocated to each state based on the number of Representatives and Senators it has in Congress.

We’ll probably never understand why the Founders decided to express themselves in the way they did. But it turns out that all this time states have been engaging in the meaningless act of sending actual people as electors to “meet in their respective States,” [1] to “vote by ballot for President and Vice-President.” [2] We were probably thrown off by the provision that the electors are, after the votes are cast, to make a list of all the persons voted for, which they are to “sign and certify, and transmit sealed to the seat of the government of the United States….” That makes it look like human beings are required to exercise the office of an elector. But apparently not. 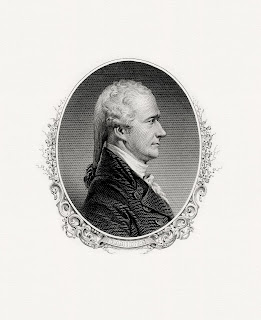 Alexander Hamilton was apparently fooled too. In Federalist Paper No. 68 he wrote of the electors that it was “desirable, that the immediate election should be made by men most capable of analyzing the qualities adapted to the station, and acting under circumstances favorable to deliberation, and to a judicious combination of all the reasons and inducements which were proper to govern their choice. A small number of persons, selected by their fellow-citizens from the general mass, will be most likely to possess the information and discernment requisite to such complicated investigations.” [3]

But why would it be necessary to have people of such qualifications as electors, if all they were to do was perform a ministerial act? Why couldn’t the governor handle it? Why would you need “a Number of Electors, equal to the whole Number of Senators and Representatives to which the State may be entitled in the Congress”? [4] Wasn’t Alexander Hamilton paying attention during the Constitutional Convention?

The reason I ask these questions is that in the recent case of Chiafalo v. Washington [5] the Supreme Court upheld a state law that requires electors to “’execute [a] pledge’ agreeing to ‘mark [her] ballots’ for the presidential  (and  vice  presidential)  candidate of the party nominating her….And the elector must comply with that pledge, or else face a sanction.  At the time relevant here, the punishment was a civil fine of up to $1,000.”

But being that kind of elector doesn’t require people “most capable of analyzing the qualities adapted to the station, and acting under circumstances favorable to deliberation, and to a judicious combination of all the reasons and inducements which were proper to govern their choice.” On the contrary, a precocious 10-year-old could perform this function. 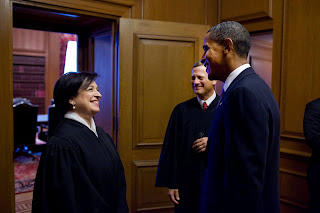 It’s true that electors are appointed from each state “in such Manner as the Legislature thereof may direct….” But that goes to the manner of their appointment, not the casting of their vote.

So why did the Court rule in this manner? “’Long settled and established practice’ may have ‘great weight in a proper interpretation of constitutional provisions,’” the Court said. So if there had been a long settled and established practice of entering homes without warrants, that would be constitutionally acceptable? Or of denying defendants the right to counsel in criminal trials?

What we are left with is a system where political parties (nowhere mentioned in the Constitution) choose the electors, and, in all but two states, the presidential candidate who wins the plurality of votes in the state (not even a majority) by one vote, gets all of the state’s electors. That’s indefensible to any objective observer, and is manifestly not what the Founders intended. It’s a system designed to accommodate political parties, not republicanism, and, if this is the way we’re going to do it, we’re better off with a popular vote.
Posted by Jack Quirk at 8:04 PM