Time for Something New

With all due respect to the police officers who have responded positively to the protests over the murder of George Floyd, we have seen a good deal of police violence against peaceful protestors, and we deserve a radical social transformation. Because this is not what America is supposed to look like. This is not what a functioning democracy is supposed to look like.

In the last offering in these pages, your humble servant made some suggestions for reform. [1] But witnessing the heavy hand of authoritarianism over the past few days, it is now clear that even more fundamental changes are needed. 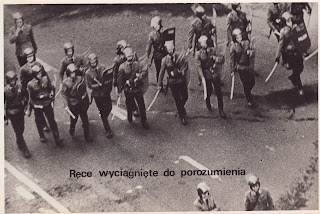 The basic problem appears to be that a kind of divide has developed between law enforcement and the citizenry. The police have come to view themselves as a group apart, and this has led to an objectification of the citizens in the eyes of law enforcement. The police see each other in familial terms, and perceive themselves as standing in an adversarial relationship with the rest of the population.

What this has resulted in is a circling of the wagons whenever a charge of police brutality is made. You may have seen the video of the police in Buffalo shoving a 75-year-old man, Martin Gugino, to the ground. The video shows “two officers pushing Gugino down as he approached them in a public square around an 8 p.m. curfew Thursday. Gugino stumbles back and falls, and the video shows him motionless and bleeding from his head.” [2]

The two officers were suspended, and, by rights, they should be charged with a battery. But the result was that all “57 of the members of the department’s Emergency Response Team resigned from the unit” in protest.

This is exactly the sort of us versus them mentality that is crux of the problem. But there is a way to solve it. 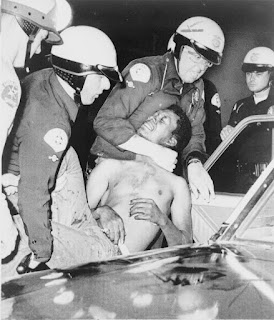 In the early days of our Republic, people were concerned about standing armies. That concern was one reason why the Second Amendment was placed in the Bill of Rights. Militias were considered more trustworthy, because they were comprised of neighbors, and friends, and family members; they were of the people, rather than a separate military class that could so easily be utilized in the service of oppression.

But now, in large cities in particular, something of a standing army exists in the police force, especially with the military equipment they now have. They may be called “the police,” but they are in the nature of an occupying military force. This must change.

The way to change it is to require that any member of the police force must have resided in the locality he is to work in for a certain number of years before donning the badge. This will make it so he or she will police people he or she knows or grew up with. The larger cities should be divided up for this purpose into policing districts, so that officers will serve their own neighborhoods. Consideration should also be given to using reserve officers, who have other occupations, but who can be called into service when needed.

Localized and neighborhood policing, by those who are previously familiar with those they have jurisdiction over is an idea that might make this country start looking like America again. And that is what we want. Isn’t it?
Posted by Jack Quirk at 10:54 AM