The Negative Income Tax Is a Better Idea


In the last offering on these pages your humble servant suggested a “maximum ratio” as a replacement for the minimum wage, in the earnest hope of being to some degree persuasive. [1] Therein I tried to make clear that the proposal would work only if there was a sufficient welfare program in place. 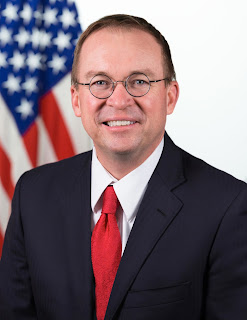 That turns out to be a timely topic now that we are besieged with the information that the Trump administration wants to slash food stamp benefits, and make up the difference by delivering food directly to recipients. [2] The “proposal would gut the Supplemental Nutrition Assistance Program (SNAP), better known as food stamps, by $17.2 billion in 2019 — equivalent to 22 percent of the program’s total cost last year — and implement a boxed food delivery program….” [3]

“The deliveries of government-purchased foods would account for roughly half of the benefits for the vast majority of SNAP households.

“The foods in the deliveries would include shelf-stable milk, juice, grains, cereals, pasta, peanut butter, beans, and canned meat, fruits and vegetables, according to USDA. The department estimates that it could supply these goods at roughly half the cost of retail, slashing the cost of SNAP while still feeding the hungry.”

Now one very obvious objection to this idea is that the recipients of SNAP benefits aren’t altogether fungible, which is not surprising seeing that they are not commodities. There are people with specialized diets in the world. For example, there are people who are allergic to peanut butter, and getting a food box containing that item will surely be a diminished benefit. On the other hand, a sincere attempt to accommodate individualized needs could prove to be an administrative nightmare. Allowing recipients to purchase their own food avoids these problems. 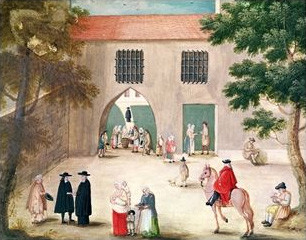 In operations of this kind, simplicity is key. The food box idea violates that principle. In fact, this is a problem that extends throughout the American social safety net system. “Currently, the American welfare system consists of many agencies staffed by a multitude of employees at an enormous cost to American taxpayers.” [4] There is an answer to this problem, and it is called the “negative income tax,” or NIT.

The basic idea of the NIT is that an income threshold would be established. Only income above the threshold would be taxable. But if a person’s income fell below the threshold he would receive payment from the government to make up the difference. This approach would eliminate the need for the multitude of agencies that have proliferated under our current system. The “government could effectively ‘cut out the middleman,’ and transfer funds directly from taxpayers to welfare recipients at a substantially lower cost to taxpayers.”

In the next post, unless something dramatic happens that requires comment, I will return to this idea, to illustrate how a version of the NIT could be implemented to work in conjunction with the maximum threshold idea.