Your humble servant recently assigned himself the task of illustrating how a version of the negative income tax (NIT) could be implemented to work in conjunction with the maximum ratio (MR) idea. [1] [2] The percentages and dollar amounts to be used are for illustration purposes only and are provisional. Others may turn out to be preferable upon further analysis. For example, I will be using the 2018 HHS Poverty Guidelines for the 48 contiguous states and the District of Columbia [3], even though those guidelines have been criticized for inadequately assessing a livable income. But the purpose will be to show how the NIT and the MR can interface and work together. 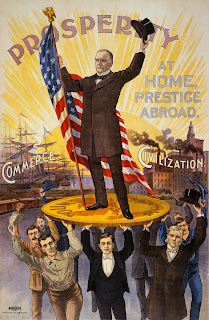 In 1965, during the “golden age of capitalism,” “the ratio between the CEO in a company and the average worker was a respectable 20:1.  For every dollar earned by an average employee, the CEO would rake in $20.” [4] Now this was the ratio between the CEO and a given company’s average employee, and I want to establish tax rates for businesses based on the ratio between the pay of a given business’s CEO and the lowest paid employee. So let us say that we will set a company’s tax at 20% if that ratio is 40:1. That means that if we start at zero tax if the ratio is 1:1, the tax will be 1% for a 2:1 ratio, 2% for a 4:1 ratio, and so on. The tax will reach 100% when there is a 200:1 ratio.


This will, obviously, keep CEO pay in line. But it will also help small businesses and start-ups by reducing their tax burden if only they narrow their wage ratios.


Now the maximum ratio is intended to replace the minimum wage. But we really don’t want people making $1.00 per hour, because they can’t live on that. So if a company can only afford to pay below what an employee needs to live on, the government will supplement employee pay according the HHS Poverty Guidelines. So if a given employee has a family of four, he needs to make $25,100.00 per year (in the 48 contiguous states and the District of Columbia) in order for his family to not be in poverty. So, under this plan, if the employee makes only $15,100.00 from his job, he will receive the difference in the form of a negative tax from the government.


The NIT and the MR work in conjunction here. We don’t want companies that can afford to pay good wages cheating the system by paying low wages and having the rest supplemented by the taxpayers. The MR controls for this, because a company with a wide ratio will pay a higher tax than a company with a narrower one. A business owner, therefore, will not be incentivized to compensate himself at too greater a rate than what he pays his workers. What he pays his employees will limit how much he can pay himself. 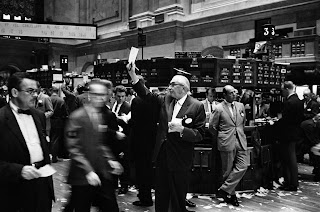 But if a person is unemployed and has a family of four, the government will, under this plan, be sending him the entire $25,100.00. And we don’t want a situation where lower wage workers will have the same income whether they work or not. We don’t want a single individual to be in poverty, but we do want there to be an economic incentive to work in all cases.


Combining the NIT and the MR in this manner would ensure that no one was in poverty, that work was incentivized, that start-ups and small businesses could hire more people, and that unscrupulous employers would pay a tax to compensate for the burden they inflict on the community.


And that is how the plan would work.
Posted by Jack Quirk at 12:37 PM