Article II, Section 1, Clause 2 of the U.S. Constitution says that the electors for President are to be chosen from each state “in such Manner as the Legislature thereof may direct....” [1] Texas has filed a request with the U.S. Supreme Court for leave to file a complaint, alleging that the electors of four states—Georgia, Michigan, Pennsylvania, and Wisconsin—were not actually chosen in that manner, but that other authorities in those states conducted the election in a manner not authorized by their state legislatures.

Apparently, the Texas attorney general is of the view that the legislatures of those four states were too incompetent to rise in their own defense, and stood by in seeming helplessness while their respective state officials ran roughshod over their carefully constructed statutory edifices. The request is accompanied with factual allegations that would require a lengthy process of evidentiary fact-finding. But what Texas is hoping for is that the Court will either stop the electors from those states from voting at all, or send the matter back to the respective state legislatures to appoint electors. [2] 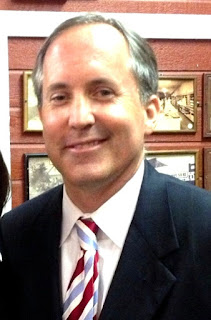 These four states have two things in common: all four of them went for Joe Biden in the 2020 presidential election, and all four of them have Republican majority legislatures. What is obviously afoot is that Texas is trying to get the Supreme Court to order the Republican state legislatures to directly appoint electors regardless of the popular votes in their states.

Sixty-two electoral votes are at stake. If all of those votes were taken away from Biden, he would no longer have the required majority of electoral votes, and the election would go to the House of Representatives. If the Republican state legislators select electors for Donald Trump, that would raise his electoral vote total to a majority, giving him the presidency.

One might expect that the Supreme Court will, after the fallout from Bush v. Gore, seek to ward off this cynical ploy with a crucifix. But I have learned not to predict the future, or to be surprised by anything in American politics.

What is certain is that if the Supreme Court effectively awards the presidency to Donald Trump, the United States will no longer be able to legitimately claim itself to be a republic. Either way, the Republican Party has already forfeited the legitimacy of its moniker.