A Veto That Cannot Be Overridden

Associated Press reports that “Senate Majority Leader Mitch McConnell all but shut the door Wednesday on President Donald Trump’s push for $2,000 COVID-19 relief checks, declaring Congress has provided enough pandemic aid as he blocked another attempt by Democrats to force a vote.

“The GOP leader made clear he is unwilling to budge, despite political pressure from Trump and even some fellow Republican senators demanding action. Trump wants the recent $600 in aid increased threefold. But McConnell dismissed the idea of bigger “survival checks” approved by the House, saying the money would go to plenty of American households that just don’t need it. 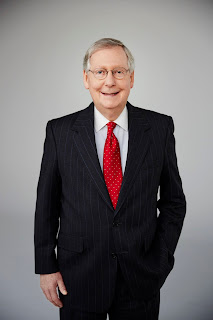 “McConnell’s refusal to act means the additional relief Trump wanted is all but dead.” [1]

So, that’s that. It would have been nice to have the Senate take a vote on the issue at least, but McConnell says no.

A couple of years ago, when “asked if the Senate would consider legislation to protect special counsel Robert Mueller, McConnell responded, ‘I’m the one who decides what we take to the floor, that’s my responsibility as the majority leader, and we will not be having this on the floor of the Senate.’” [2] But search the Constitution, the federal statutes, even the Senate rules, and you won’t find such power given to the the majority leader. It’s simply a custom that has developed over the years.

It is a custom, your humble servant submits, that is unconstitutional. Voters from each state select two senators to represent them. Representation in this context should clearly involve presenting legislation for the Senate to deliberate on. But if the Senate majority leader doesn’t want a vote to be taken on that legislation, there will be no vote. This effectively deprives the state represented by the senator proposing the legislation of its representation in the Senate: it deprives that senator of her ability to represent her state in an effective and meaningful manner.

But the Senate majority leader is only one senator, representing one state; and he isn’t even his state’s entire delegation. One senator is effectively empowered to prevent any bill from coming to the floor for a vote, even if it would pass if it was voted on.

The House of Representatives has, from time to time, operated under the “Hastert Rule,” otherwise known as the “majority of the majority rule,” whereby the Speaker of the House allows proposed legislation to come to the floor only if it has the support of the majority of the majority party. [3] [4] When operating, the rule applies even though the legislation would pass if brought to the floor. [5] This practice has the same constitutional problems, even though the Speaker of the House, unlike the Senate majority leader, is mentioned in the Constitution.

Any senator or representative should have the ability to propose legislation that is voted on by the entire body. And any legislation passed by one house should be voted on by the other. Any other practice is an abandonment of republicanism. There needs to be a constitutional amendment imposing that requirement.