Court Packing for the Bewildered

“The Supreme Court of the United States shall be composed of nine justices.” [1] That is the language of the proposed constitutional amendment introduced by Senator Ted Cruz and five other Senate Republicans in order to counter the Democratic threat to add justices to the Supreme Court—to pack the Court as they say.

The Democrats are concerned that with the imminent confirmation of Amy Coney Barrett to the top court a “conservative” majority of the Court will be locked in for years to come. Hoping to prevail electorally in the upcoming presidential vote, and to flip the Senate to Democratic control, adding justices will allow them to swing the ideological make up of the Court in a more “liberal” direction. The Republicans, meanwhile, pleased at the thought of a Supreme Court that will put the kabosh on Democratic sponsored legislation on “constitutional grounds,” want to do what they can to keep the number of justices where it is.

Now the careful observer will note that this is an issue on which the parties may switch sides in the future. It is a characteristic of politicians to project current matters of concern into eternity, apparently believing that party alignments will always rest where they are at present. Henry Ford infamously said something close to “history is bunk,” [2] and politicians seem to have absorbed the maxim. 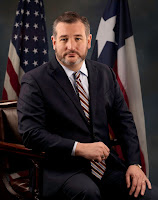 It should be pointed out here that there is actually a nonpartisan reason for increasing the number of justices. Historically, each Supreme Court justice has been assigned one or more circuits of the Court of Appeals from which he or she would hear appeals from cases that were still pending in the lower appellate court. The number of federal circuits has risen to thirteen, and so there is a sound reason to raise the Supreme Court justices to that number regardless of political considerations. On the other hand, we’ve had nine justices for 150 years, and there isn’t an earth-shattering reason to increase the number for any non-political reason.

There is an extant proposal to raise the number of justices to twenty-seven or more. [3] The problem with that idea is that cases coming before the Supreme Court would likely be heard by panels, not consisting of the entire Court, which is how cases before the Courts of Appeal are usually handled. But that wouldn’t work on the Supreme Court from which we have come to expect final decisions, and rulings that become the law of the entire nation. We can’t have rulings from a part of the Court binding the entire Court, and we can’t have one panel of the Court deciding similar cases differently than other panels. So, we’re going to have to keep the number at a level where the entire Court hears every case. And increasing the number of justices every time the other party comes to power would be politics run amok.

The answer to the problem is the same as it has always been: judicial restraint. I don’t mean that in the way that some partisans do. I don’t mean that judges shouldn’t make law. This is a common law country, and that means that judges do, in fact, make law; and always have, going back to England. That’s why the decisions of the Supreme Court become binding precedent for lower courts, and ought to serve as a restraint on future decisions of the Supreme Court. 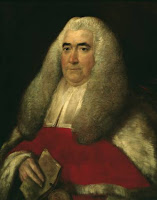 “For it is an established rule to abide by former precedents, where the same points come again in litigation: as well to keep the scale of justice even and steady, and not liable to waver with every new judge’s opinion; as also because the law in that case being solemnly declared and determined, what before was uncertain, and perhaps indifferent, is now become a permanent rule, which it is not in the breast of any subsequent judge to alter or vary from according to his private sentiments: he being sworn to determine, not according to his own private judgement, but according to the known laws and customs of the land; not delegated to pronounce a new law, but to maintain and expound the old one. Yet this rule admits of exception, where the former determination is most evidently contrary to reason; much more if it be clearly contrary to the divine law. But even in such cases the subsequent judges do not pretend to make a new law, but to vindicate the old one from misrepresentation. For if it be found that the former decision is manifestly absurd or unjust, it is declared, not that such a sentence was bad law, but that it was not law; that is, that it is not the established custom of the realm, as has been erroneously determined. And hence it is that our lawyers are with justice so copious in their encomiums on the reason of the common law; that they tell us, that the law is the perfection of reason, that it always intends to conform thereto, and that what is not reason is not law. Not that the particular reason of every rule in the law can at this distance of time be always precisely assigned; but it is sufficient that there be nothing in the rule flatly contradictory to reason, and then the law will presume it to be well founded. And it hath been an ancient observation in the laws of England, that whenever a standing rule of law of which the reason perhaps could not be remembered or discerned, hath been wantonly broken in upon by statutes or new resolutions, the wisdom of the rule hath in the end appeared from the inconveniences that have followed the innovation.

“The doctrine of the law then is this: that precedents and rules must be followed, unless flatly absurd or unjust; for though their reason be not obvious at first view, yet we owe such a deference to former times as not to suppose that they acted wholly without consideration.” [4]

Blackstone was writing in and for England, which had an established church; and our judges, for good or for ill, wouldn’t be authorized to consider Divine law. But there’s nothing that would stop them from considering right and wrong in the natural law sense, should belief in same again become current. With that proviso, if justices restricted themselves to overruling precedent that was “flatly absurd or unjust,” we might not have these political controversies surrounding their appointment. I hasten to add that Plessy v. Ferguson, which upheld the constitutionality of racial segregation, would most certainly fall into the flatly absurd or unjust category.

Reasons justifying the overturning of precedent have expanded somewhat since the days of Blackstone. [5] But it would be useful if our modern justices would abstain from overruling prior cases simply because they disagree with the reasoning contained in them. It would go far toward keeping Supreme Court appointments from becoming political theater.