By now it is widely known that a Kentucky “grand jury decided to not charge any officer in the killing of Breonna Taylor, instead indicting one former detective for recklessly firing into another apartment during the raid of Ms. Taylor’s home.” [1] The charged officer was indicted for “endangering Breonna Taylor’s neighbors by recklessly firing his gun during a raid on her apartment in March, but the two officers who shot Ms. Taylor were not charged in her death.”

The response has been, predictably, outrage. Kentucky Attorney General Daniel Cameron on the other hand has insisted that “the grand jury was given all of the evidence,” [2] in order to reach its decision. But, as of now, that is a claim that can’t be substantiated. Grand jury proceedings are secret, and the public has, and will have, no access to the evidence that was presented to it by the prosecutor, unless a specific decision is made to disclose the grand jury transcript.

There are sound policy considerations behind the secrecy of grand jury proceedings. Witnesses are more likely to come forward under such an arrangement, and those suspected of crime, but not indicted, are spared public obloquy. But in cases involving police shootings, there is always the suspicion that the prosecutor has deliberately presented a weak case, withholding evidence that will result in an indictment. 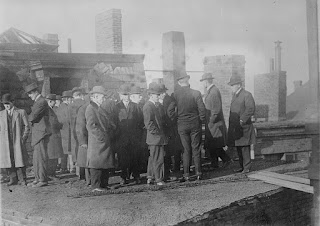 But there are cases where a prosecutor might have an interest in avoiding a charge. Cases involving governmental corruption is one example, particularly where the prosecutor is involved in the misconduct. An improper police shooting is another.

Prosecutors have an ongoing relationship with the police, and a culture develops where prosecutors and the police see each other as being on the same side in the fight against crime. The result is that there is a reluctance on the part of prosecutors to bring charges against police officers, even in cases where police misconduct is clear. Bringing in the state attorney general to handle such cases rather than the local prosecutor is no answer, because the same cultural factors are at work.

Even where the prosecutor is able to overcome these somewhat natural tendencies, there is the matter of public perception. In a case like the lethal shooting of Breonna Taylor, it is impossible to avoid the suspicion that corruption is at work when no charges are filed. The result is a lack of public confidence in the criminal justice system, which serves no legitimate societal interest. 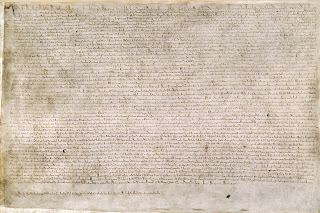 It will seem to some a strange remedy to restore the historical grand jury, since it is the grand jury system which seems to have failed in this case. But that is precisely what your humble servant proposes. Because what we have now is not the grand jury as originally conceived, but a grand jury system that has been diluted and transformed into a tool of professional prosecutors. It was not always so.

Indeed, originally, cases could be brought before a grand jury by private parties. [3] And a grand jury didn’t even have to wait for someone to do that. They could, on their own, take notice of or investigate criminal activity, and prepare a presentment, which was the way of making a charge against someone where no one had requested an indictment. In sum, grand juries weren’t under the control of public prosecutors in the way that they are now.

In this scenario, the attorney for Breonna Taylor’s family would be able to present the case before the grand jury. In this way, there would be no concern that the prosecutor was deliberately going light on the evidence in order to avoid an indictment.

Perhaps it will be of comfort to some that this is not some radical proposal. It is one which suggests nothing more than that grand juries return to their original functioning. And it would doubtlessly increase public confidence in grand jury findings, which is always a critical consideration, especially in times like these.