Toward a Nonpartisan Primary

Your humble servant has said from time to time that political parties are a public nuisance. One reason for that is that they distort the manifestation of the public will in our legislatures. The mechanism for doing that is the primary election or caucus system.

Consider a group of people holding an extreme political view. (I won’t say an extreme “right” or “left” view, since that would only serve to obfuscate the point I’m trying to make.) Let’s suppose the holders of this view are a quarter of the total population, but they comprise a majority of a political party. We’ll call their view “Position X,” and the political party they belong to “Party A.” 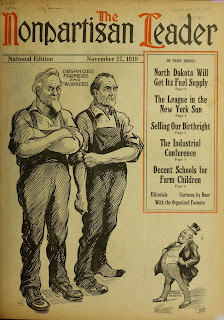 Party A and B are the major political parties, meaning they are the only two parties who have a meaningful electoral chance in nearly every election. There are reasons for this, and they aren’t solely because of partisan rigging. Everyone has political interests, and such groupings rarely amount to a majority of the population. In order for these interest groupings to have any impact on governmental policy, they must ally themselves to one of the major parties.

Consider now that three-quarters of the population oppose both Position X and Position Y. But because of their particular interests, they must vote for Party A or Party B. In most states, when they vote in the primary, they will receive either a Party A or a Party B ballot. Because of the way those parties are made up, Party A will end up with a candidate that supports Position X in the general election, and Party B will have a candidate supporting Position Y. But if the majority of the population had their preference, they would vote for a candidate who supported neither position; the victorious candidate will be one that supports a policy favored by only a quarter of the population.

Third parties have been one attempted remedy for this situation. But they have not been successful for one very good reason: they are a bad bet. An interest grouping has a chance to influence public policy by being part of a major party. But if it throws in its lot with a third party, it guarantees that it will have no influence on government regardless of the outcome of the election. The choice is between having a 50% chance versus having a 0% chance, and in that situation there is only one rational decision. 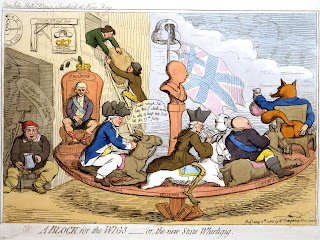 The only solution is a non-partisan blanket primary. Only three states use this method right now. It involves all candidates appearing on one ballot at the primary stage, and, if no candidate wins a majority, the two candidates with the most votes compete in a subsequent run-off election. All of this is done without regard to party affiliation, and two candidates from the same party can run against each other in the run-off.

Right now the practice appears to be that candidates may indicate a party preference if they so wish in a non-partisan blanket primary state. But they mean nothing other than that the candidate self-identifies in that manner. One wonders what purpose allowing the practice serves, since the reason for non-partisan blanket primaries is to make party nominations irrelevant to the general election. It would be more in line with the philosophy behind such an electoral system to keep party affiliations off the ballot entirely.

The most pernicious aspect of partisan politics is that it causes elected representatives to represent their political parties rather than their constituents in their states or districts. The power of political parties should be reduced to the extent that Freedom of Association will allow. The non-partisan blanket primary is a necessary step in that direction.
Posted by Jack Quirk at 11:57 PM