The Constitution tells us that the Senate has the “the sole Power to try all Impeachments.” [1] That language indicates that impeachment trials are to take place before that body.

But what did the Framers of the Constitution mean by this? It is beyond question that the Senate was intended to act in this instance as a court, albeit without the procedural restrictions that are imposed on ordinary courts. [2] And since it was directed that the Senate would try all impeachments, it is etymologically clear that the Framers had in mind some kind of trial. 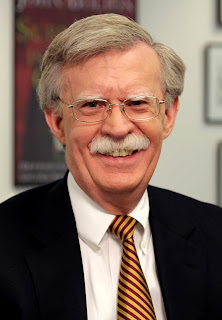 One well-known feature of any trial is the taking of evidence. But for the Trump impeachment there has been a curious reluctance to do that among members of a certain senatorial faction. They don’t want to hear from any witnesses, and they don’t want to subpoena any documents. That means nothing less than that they don’t want to conduct a trial as the Constitution commands them to do.

It doesn’t make any sense that the House managers should be limited to what they uncovered during the House impeachment proceedings. What if new evidence turns up?

In point of fact, it has recently turned up that former national security adviser John Bolton is now saying that President Trump told him “in August that he wanted to continue freezing $391 million in security assistance to Ukraine until officials there helped with investigations into Democrats including the Bidens….” [3] That is relevant and pertinent information. What would be the reason, the excuse, for not allowing Mr. Bolton to testify before the Senate? Don’t they want to consider all the available information?

Frankly, that’s what it looks like. And that might be why there is not yet enough Republican votes to block Mr. Bolton’s testimony. [4] The optics of such a maneuver would be very bad, and they know it.
Posted by Jack Quirk at 12:27 PM