It ought to be common knowledge by now that people selectively accept information. This is nowhere more evident than in the case of anthropogenic climate change, which, if it is to be taken seriously, will entail massive social, economic, and political changes.

This is characteristically worrying to conservatives—by which I mean actual conservatives, not the nihilist predators currently adopting that moniker—who prefer their change to be incremental, rooted in tradition, and localized. Dealing with climate change, however, requires abrupt and radical action, and will require a worldwide effort. It is no wonder that they succumb to the temptation to deny the science, sometimes even going so far as to deny that carbon dioxide is really a greenhouse gas. Consider the ramifications. Transportation that uses fossil fuels will have to be significantly curtailed. There will need to be restrictions on raising beef cattle. Forest preservation will no longer be a matter of merely aesthetic concern, and there will have to be unified efforts at planting more trees. The impact on industry will be enormous. And all of this will have to come through central government effort, even world government effort.

Of course, it is not logical to conclude that the remedy for a problem has unpleasant political ramifications and, therefore, the problem does not exist. And there is a scientific consensus that we are warming the planet through human activity, stubbornly resisting contrary political aspirations. What’s more, scientists have been aware of the problem for some time, and the delay in making necessary changes have only resulted in requiring the necessary solutions to be more drastic.

Volkswagen has recently taken a step in the responsible direction. It is “rolling out what it bills as the breakthrough electric car for the masses, the leading edge of a wave of new battery-powered vehicles about to hit the European auto market.” [1] But the challenges it faces gives us indication of the sort of steps that need to be taken. 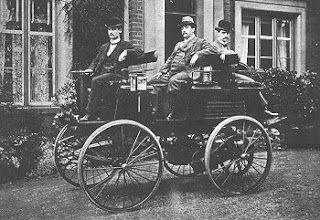 The fact is, “it’s not at all clear whether consumers are ready to buy them. Electric cars remain a niche product, with less than 2% of the market, due to higher prices and worries about a lack of places to charge. It adds up to a risky undertaking for” Volkswagen and other companies that want to enter this market.

It is apparent, or ought to be, that when the market puts roadblocks in the way of preventing global catastrophe that we need to find non-market solutions. The only objection to that comes from a place of market idolatry. But the market is a tool, not a deity, and when the tool at hand doesn’t work it is necessary to find another one.

In this case, the answer is straightforward. The price of electric vehicles needs to come down. And that can be accomplished through subsidies, either to the companies that make them or to the consumers. Additionally, there needs to be a sizable infrastructure project to ensure that there are enough charging stations so that drivers don’t find themselves stranded. Tax incentives will certainly come into play.