Parties to the Margin


Independents constitute a plurality in the United States [1], and the dysfunctional electoral college system and the language of the Constitution provide abundant evidence that the intent of the constitutional Framers was that this country would operate on a non-partisan basis. [2] But a partisan representative democracy we are, and this alone has rendered calls for a return to the vision of the Founders ridiculous.

Certainly, we wouldn’t really want a return to that vision with its toleration of slavery and a restricted franchise. But even without such obnoxious features, the ascendancy of political parties has made the endeavor quixotic. Still, while the Constitution has had to be amended to accommodate the party regime, it retains much of its non-partisan language. It cannot be said that it is unfriendly to throwing off the yoke of party control, even though it hasn’t protected us from it.

Let us, then, adopt the intent of the Framers qualified by subsequent constitutional amendments as our goal. In doing so, we find a system that is still designed for a non-partisan regime. If the system is to work as intended, we must reduce the power of political parties. 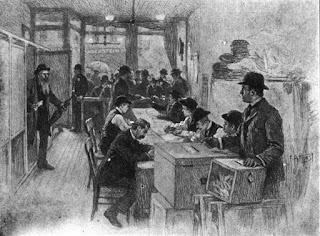 Since the parties aren’t going to support restricting their own power, we must begin in those eighteen states that permit amendment of their constitutions by the initiative process. They are Arizona, Arkansas, California, Colorado, Florida, Illinois, Massachusetts, Michigan, Mississippi, Missouri, Montana, Nebraska, Nevada, North Dakota, Ohio, Oklahoma, Oregon, and South Dakota. [3]

In those states, initiatives should be put forward that eliminate party control over the election and legislative processes. All elections should be made non-partisan, with no party designations on the ballot. Party nominations should be made to have no effect on ballot access; petition signatures alone should be the means of qualifying.

Nebraska has a non-partisan legislature. “There are no formal party alignments or groups within the Nebraska State Senate. Coalitions tend to form issue-by-issue based on a member’s philosophy of government, geographic background and constituency. However, almost all the members of the legislature are affiliated with the state affiliate of either the Democratic or the Republican Party and both parties explicitly endorse candidates for legislative seats. Senators and candidates are listed as officially nonpartisan, but in most cases the individual has a direct party affiliation. As an example, in most cases if a sitting senator runs for Congress, the individual runs on either the Democratic or Republican line on the ballot.” [4]
That there be no formal party alignments within the legislature is critical. It is, therefore, essential that any constitutional provision along these lines include such a requirement. There is probably nothing to be done about party endorsements. But their impact within the legislature can be minimized with constitutional rules on how proposed legislation comes before the state legislature.
Specifically, any legislation put forward by two members of the legislature should come before the entire body for a vote. No officer of the body, including the presiding offer, should have the authority to stop this from happening. Proposed legislation can be referred to a committee, but the committee should be required to report back within a certain period, and both legislators who proposed the legislation should agree to any amendments added by the committee. 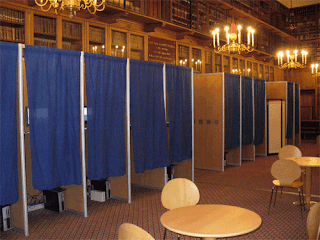 Another possibility is the appointment of non-partisan parliamentarians to preside over legislative bodies. Being mindful that political parties will attempt to regain dominance surreptitiously, there would likely be an antidotal effect in bringing in a non-voting officer selected for his or her parliamentarian knowledge and skill who would have a certain professional pride in not manifesting bias.

Most importantly, primaries should be fashioned in the direction of the non-partisan blanket model, with these characteristics: The political parties should have nothing to do with them, and, again, no party designations should be on the ballot; a candidate winning a majority of the votes should be declared the winner of the election, with no general election necessary; otherwise the two candidates receiving the most votes in the primary should afterward compete in the general election.

As things stand now, politicians represent their political parties rather than their constituents. It is difficult to overstate how inimical that is to republican government. That is likely why the Constitution wasn’t designed for political parties. The more quickly we can move them to the margins of political relevance, the sooner we will have the sort of system envisioned by our nation’s Founders.
Posted by Jack Quirk at 12:07 PM