Wednesday, the Trump administration “unveiled a regulation to allow it to indefinitely detain migrant families who illegally cross the border.” [1] The Fifth Amendment to the Constitution, meanwhile, prohibits “any person” to “be deprived of life, liberty, or property, without due process of law…,” [2] and it’s difficult to imagine how indefinite detention is going to comply with that requirement. 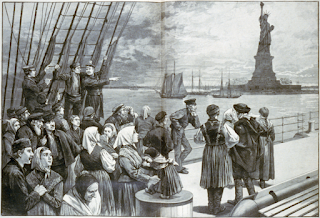 But we’ll leave that for the imminent litigation to follow, and proceed to the more philosophical question of: why do we bother to have the category “illegal immigrant” to begin with? The United States didn’t have an immigration law until 1875, and that was restricted in scope to certain classes of people. [3]

People who come to the United States don’t do so because they’re planning an invasion, notwithstanding the hyperbolic political rhetoric we encounter nowadays. They come to the United States because they want to better their lives somehow. That’s not the sort of motivation that is ordinarily ascribed to criminals. Everybody wants to better their lives, and the lives of their families. And some of these people come from truly dreadful places where criminal gangs dominate society.

At the same time, the hiring of undocumented immigrants certainly drives down wages in the United States, and that can’t be seriously advocated as a social benefit. Some companies move their facilities to other countries for the cheap labor, which, alas, is perfectly legal, while others stay at home and save labor costs by hiring undocumented workers. 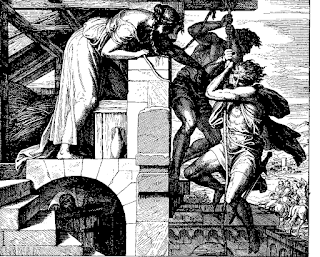 It turns out that all “five companies operating poultry plants raided by authorities in Mississippi” recently “violated immigration law by knowingly hiring undocumented immigrants….” [4] But the law prohibiting the hiring of undocumented workers is surprisingly mild. If a “pattern or practice” of hiring undocumented workers is shown, the potential period of incarceration tops out at six months [5], and, as the recent raids in Mississippi have shown, employers aren’t taking that threat with sufficient seriousness.

The federal sentence for racketeering, by contrast, tops out at twenty years. [6] Perhaps employers would take a potential sentence at that level more seriously. If they did, it would disincentivize illegal immigration from the start, because there would be fewer jobs for those without permission to work in the United States. At the same time, we could leave the immigrants themselves alone. We could stop picking on poor people and remove any purported need for human rights violations at the southern border. Instead. we could visit sanctions on those who cause illegal immigration to happen in the first place.
Posted by Jack Quirk at 10:12 PM