West Virginia officials have agreed “to a deal ending a teachers strike by raising pay for all state workers by 5 percent after more than a week of protests across the Appalachian state,” according to the state’s governor. [1] And, thus, the nine day teacher strike in West Virginia, which kept more than 277,000 students out of school, is coming to an end.

Teacher pay in West Virginia ranked near the bottom of U.S. states, and so it is easy to see what their objection was. But the fact that they needed to strike at all manifests a deeper problem regarding how we approach education in the United States. 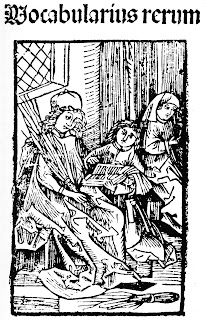 It is hard to think of a more important societal effort than the education of the young. But we treat it as if it was a public nuisance, and nowhere is this made more evident than in the way we treat the teachers.

Teaching is a profession. We should regard it as such. This means that we should trust their professional expertise, and not try to dictate to them how they go about their job. We don’t, as clients, try to direct our lawyers on how they should conduct a case (at least we don’t try to do that if we’re smart about it). Instead, we tell them what outcome we desire, and trust them to know the best way to get us there. We don’t, as patients, tell our doctors what method of treatment to prescribe.

But we have no problem trying to tell teachers what to teach, even mandating that they use specific textbooks. Some of us even go so far as to try to tell biology teachers not to teach evolution, a foundational biological subject, thereby consigning their children to ignorance of something critical to a proper understanding of the subject, and limiting their vocational horizons. Sometimes works of literature are banned, thereby impoverishing the students’ awareness of their own culture.

We also diminish the professional standing of teachers by making them answerable to a management class, to people who are not engaged in teaching. Would a law firm make a non-lawyer office manager a partner? But we make teachers subject to school boards comprised of people who have no educational expertise at all, making them answerable not just for results (as any professional should be), but also for method. And school principals, although they were once teachers, are usually removed from practicing the profession in order to devote time to management.

If we treated teachers like the professionals they are, they would be the ultimate managers of the schools in which they teach. They would decide what should be taught in the schools they operate. And while they would negotiate for their compensation with community representatives, it would be understood that there would be professional level fees to be paid for professional work. 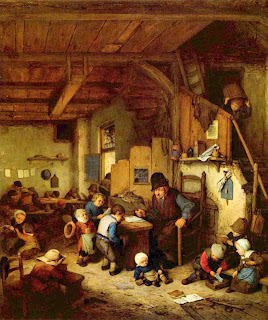 But teachers also need to see themselves as professionals. That means they would have to impose professional standards on themselves. In such a scenario, instead of teacher unions there would be professional associations of teachers. These associations would not only advance the interests of teachers, but also ensure professional standards, imposing discipline on those who failed to meet them, or engaged in misconduct. There would be advanced educational requirements, such as a requirement that a teacher have a Master’s degree in whatever subject he or she taught at a high school or middle school level, and the same degree in elementary education for those who taught at the grade school level.

It is also worthy of mention, here, that the goal of education should be to teach students how to think, rather than what to think.

Reforms of this kind would improve our country’s educational system immensely. And it would put an end to the scandal of teachers having to strike in order to be properly compensated.
Posted by Jack Quirk at 2:23 PM