No War With Russia

Apparently, we are now “strategic partners” with Ukraine for the stated reason that there are “core principles and beliefs shared by both sides….” And both countries “intend to continue a range of substantive measures to prevent external direct and hybrid aggression against Ukraine and hold Russia accountable for such aggression and violations of international law, including the seizure and attempted annexation of Crimea and the Russia-led armed conflict in parts of the Donetsk and Luhansk regions of Ukraine, as well as its continuing malign behavior. The United States intends to support Ukraine’s efforts to counter armed aggression, economic and energy disruptions, and malicious cyber activity by Russia, including by maintaining sanctions against or related to Russia and applying other relevant measures until restoration of the territorial integrity of Ukraine within its internationally recognized borders.” 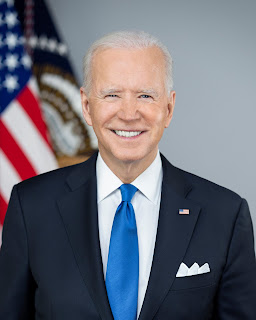 While the United States Constitution provides that the President has “Power, by and with the Advice and Consent of the Senate, to make Treaties, provided two thirds of the Senators present concur…,” [2] there doesn’t seem to be any constitutional provision for such agreements as the Strategic Partnership. It seems that the Framers of the Constitution never thought about the President entering into agreements with foreign powers without the advice and consent of two-thirds of the Senators present to vote on them.

Nonetheless, the Supreme Court has given executive agreements legal effect. [2] And while this may have been a tolerable convenience in minor cases, the Strategic Partnership saddles us with a commitment that may bring us an inch away from war with a nuclear power.

True, there is nothing that says that we are committed to enter the war should Russia attack Ukraine. All we have promised to do is impose economic sanctions. And President Biden has said that our response will not involve U.S. troops. But is there anyone who doubts that, should the attack occur, voices will be raised saying that we should not tolerate such an affront? Isn’t it obvious that the party currently out of power will try to attribute such an incident to the current President’s weakness? 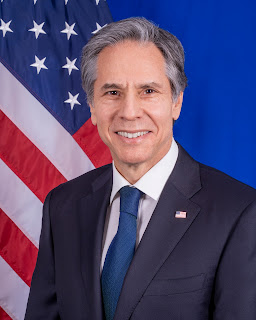 3000 U.S. troops have been ordered into Eastern Europe. [3] Ostensibly, this is to support NATO members. Why? Is there any particular reason to believe that Russia will actually attack NATO countries because of its dispute with Ukraine?


We don’t need to be psychic in order to be uneasy. The American government has given us plenty of reason down through the years for us to be wary of its trigger finger. And for more than a century it has given us no reason to think it is telling us the truth as a regular practice.

President James K. Polk declared “to the nation that Mexico had ‘spilled American blood on the American soil.’ The problem is that it wasn’t, strictly speaking, American soil. That territory had been under dispute between Mexico and Texas during the time of Texas independence, and America inherited that dispute when it acquired Texas through annexation in 1845.” [4] Now Polk wanted to acquire what is now the southwestern United States, by war with Mexico if need be.

So, he “sent an army into the disputed territory and planted it directly across the Rio Grande from the dusty little Mexican town of Matamoros, where a large number of Mexican troops were stationed. This was highly incendiary, and it inevitably led to a skirmish in which 11 American soldiers were killed and another 50 or so captured. Polk promptly sent a message to Congress saying the United States and Mexico were in a state of war and calling for a congressional war declaration.” 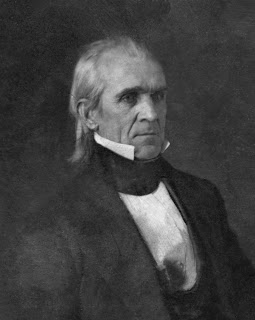 “The Spanish-American War began in 1898 when President William McKinley claimed that the warship USS Maine had been blown up by Spanish saboteurs. Subsequent investigations showed that the explosion originated inside the ship, probably due to an accidental fire in the munitions compartment.


“More recently, the Vietnam War moved into high gear when President Lyndon B. Johnson used an incident in the Gulf of Tonkin to justify massive military intervention in Southeast Asia. The incident occurred in disputed waters, and one supposed gunboat attack never happened. The enemy might have been a pod of whales.” [5]

As for the Iraq War, “President George W. Bush, apparently persuaded by Vice President Dick Cheney, argued that Iraqi leader Saddam Hussein possessed weapons of mass destruction, including a nuclear capacity, and that there were clear connections between Iraq and the al-Qaeda terrorists responsible for the 9/11 attacks on the World Trade Center and the Pentagon. Both claims were concocted.

“But the dark shadow of 9/11 hung ominously over all deliberations in that moment, so the CIA bent the evidence to fit the fabrication, a cowed Congress went along and the bulk of the American media endorsed the deception. Dissent became unfashionable. 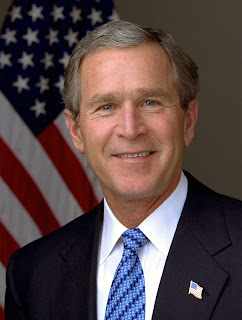 “When the facts became clear and the justification for our military intervention evaporated, a new rationale needed to be invented. We were, it turned out, committed to the creation of a democratic government in the middle of the Middle East.”


But they’re telling us the truth this time, right? When are we going to stop being Charlie Brown for the U.S. government’s Lucy? Are we really going to try to kick the ball again?

The truth is, there is plenty of pro-Russian sentiment in eastern Ukraine. [6] This situation is far more complex than one strong nation thinking about invading a smaller one in order to feed the ego of a foreign dictator. Most of us in the United States don’t have a firm grasp on what’s going on there, and the outcome of this crisis will have little, if any, impact on our lives. Unless we make it have an impact.

This is why George Washington, who said many prescient things in his Farewell Address, told us to observe “good faith and justice towards all nations; cultivate peace and harmony with all….” [7] And with that advice, he gave a warning: 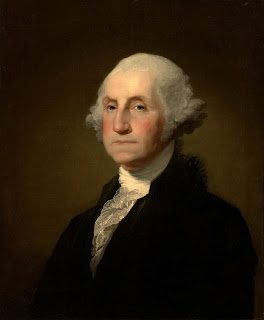 “In the execution of such a plan nothing is more essential than that permanent, inveterate antipathies against particular nations and passionate attachments for others should be excluded and that in place of them just and amicable feelings towards all should be cultivated. The nation which indulges towards another an habitual hatred or an habitual fondness is in some degree a slave. It is a slave to its animosity or to its affection, either of which is sufficient to lead it astray from its duty and its interest. Antipathy in one nation against another disposes each more readily to offer insult and injury, to lay hold of slight causes of umbrage, and to be haughty and intractable when

accidental or trifling occasions of dispute occur. Hence frequent collisions, obstinate, envenomed, and bloody contests. The nation, prompted by ill will and resentment, sometimes impels to war the government, contrary to the best calculations of policy. The government sometimes participates in the national propensity and adopts through passion what reason would reject; at other times, it makes the animosity of the nation subservient to projects of hostility instigated by pride, ambition and other sinister and pernicious motives. The peace often, sometimes perhaps the liberty, of nations has been the victim.

“So likewise, a passionate attachment of one nation for another produces a variety of evils. Sympathy for the favorite nation, facilitating the illusion of an imaginary common interest in cases where no real common interest exists, and infusing into one the enmities of the other, betrays the former into a participation in the quarrels and wars of the latter without adequate inducement or justification. It leads also to concessions to the favorite nation of privileges denied to others, which is apt doubly to injure the nation making the concessions—by unnecessarily parting with what ought to have been retained—and by exciting jealousy, ill will, and a disposition to retaliate in the parties from whom equal privileges are withheld. And it gives to ambitious, corrupted, or deluded citizens (who devote themselves to the favorite nation) facility to betray or sacrifice the interests of their own country without odium, sometimes even with popularity; gilding with the appearances of a virtuous sense of obligation a commendable deference for public opinion, or a laudable zeal for public good, the base or foolish compliances of ambition, corruption, or infatuation.”

This warning, though given to us in 1796, couldn’t be more timely.

Most of us won’t profit from the military expenditures that will be made in connection with the Ukraine crisis, expenditures that will be made regardless of whether the United States becomes involved militarily. Isn’t time that we stop crafting our foreign policy to satisfy the interests of the few who will? Isn’t it time that the United States begin heeding the advice of its first President that the “great rule of conduct for us in regard to foreign nations is, in extending our commercial relations, to have with them as little political connection as possible. So far as we have already formed engagements, let them be fulfilled with perfect good faith. Here let us stop.”

In the meantime, let this incident be a lesson to us that cavalier diplomacy is highly dangerous. From this point forward, let Senate ratified treaties be the sole means by which the United States commits itself internationally, and let this be known to the entire world.