As is well-known due to recent calls for a boycott, Kellogg’s workers are on strike. [1] The Bakery, Confectionary, Tobacco Workers and Grain Millers International Union and the company had been at the bargaining table for more than a year before the strike was called.

Kellogg’s and the union haven’t been on the best of terms for some time now. At the “Memphis Kellogg’s plant…a lockout lasted 275 days in 2013 and into 2014. It ended when a federal judge ordered Kellogg’s to allow employees back to work.” [2] In September of this year, the “Kellogg Company announced plans to cut 212 jobs at its Battle Creek plant over the next two years [3],” “including 174 positions represented by the union.” [4]

As Dave Jamieson of Huffpost reported, 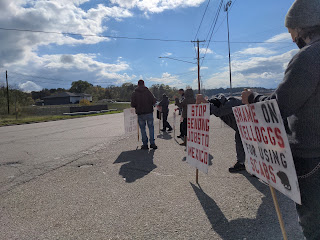 “The showdown at Kellogg’s revolves around a two-tier work system that the union says management is trying to expand at its plants in Michigan, Nebraska, Pennsylvania and Tennessee.


“Their most recent contract created a class of ‘transitional’ employees who are paid lower rates and have lesser benefits than ‘legacy’ employees. These newer employees can graduate into the legacy system as more tenured workers retire or quit, and the contract stipulates no more than 30% of the workforce can be ‘transitional.’

“But workers say Kellogg’s is seeking to eliminate that cap as they negotiate a new five-year contract. Doing so, they fear, would eventually leave all employees on the lower tier after legacy employees have moved on.

“Although pay rates vary by position, workers said there is currently a roughly $12-per-hour difference between legacy employees and transitional employees in many roles. The latter also pay health care costs that their legacy counterparts don’t, and are on a lesser retirement plan.” [5]

Of course. this won’t harm the workers who are already legacy employees. But what we’re seeing here is labor solidarity, as against a transparent company attempt to divide and conquer.

Yet the company is trying to divide and conquer not just its employees, but also Americans. It “posted a job advert seeking temporary workers to replace those currently on strike at the company’s cereal production plants across the country.” [6] As Alex Woodward of Independent reported:

“Work stoppages have ‘left us no choice but to hire permanent replacement employees in positions vacated by striking workers,’ according to the company’s statement on 7 December.

“Job postings for those positions explicitly mention the strike. 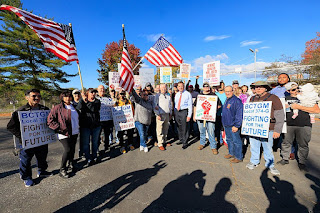 “’The unions representing Kellogg employees in these plants are on strike, and we are looking for employees to permanently replace them, joining hundreds of Kellogg salaried employees, hourly employees, and contractors to keep the lines running,’ according to a job listing on the company’s website….


“On 10 December, President Joe Biden stepped into the debate, saying in a statement that he is ‘deeply troubled by reports of Kellogg’s plans to permanently replace striking workers’ from the union.

“’Permanently replacing striking workers is an existential attack on the union and its members’ jobs and livelihoods,’ he said in a statement. ‘I have long opposed permanent striker replacements and I strongly support legislation that would ban that practice.’ [7]

One hopes that a bill will be forthcoming soon. As it stands now, workers “who strike for economic gain may be permanently replaced by the employer…as long as the replacement workers do not receive better terms than those offered to the strikers.” [8] Can there be any wonder why the United States suffers from such a wealth gap?

And national solidarity means nothing to Kellogg’s either. Anthony Shelton, president of the union has said that Kellogg’s “has threatened to send additional jobs to Mexico if workers do not accept its proposals.”

Hiring replacement workers should be flat illegal, regardless of the reason for a strike. Unless this is changed, unions won’t be able to effectively represent their membership. The whole point of having unions in the first place is to equalize the bargaining power between labor and management. But, as the law stands now, management has a trump card, and can simply hire replacement workers who are more compliant.

Secondly, enough with American companies disembarking to other countries! That should be against the law, and the threat to do it should also be against the law. More than that, when a business puts a facility in a community, the community should acquire a legally recognized interest, and firms should not be permitted to leave the community any more than a city can move to another state or country.

These measures have been common sense for a long time. Why haven’t we done it?

Finally, your humble servant is usually not much for boycotts, but here is an exception for the ages. Do not buy any Kellogg’s products until this strike is over!