Somebody Has To Say It

Suppose you discovered that votes for your favored presidential candidate had been thrown out or otherwise suppressed by a nationwide cabal of powerful people determined to impose a government upon you against your will, and that their preferred candidate will lead an effort to deprive you of your constitutional rights. How would you respond? Some might passively accept the new situation, and make plans to stay out of trouble. But a good number of us Americans might just march on the Capitol to visit harm on the conspirators.

We’ve done it before. Our nation was founded in revolution, and we, of all people on earth, have no legitimate basis for saying that violent revolt is always and everywhere an illegitimate response to governmental action. It should never happen where there remain peaceful alternatives, of course. But if what President Trump and his media acolytes were saying about the 2020 presidential election was true, what peaceful remedy would be available for that? Massive civil disobedience might be the most effective remedy in the long run, but it isn’t to be expected that a majority of Americans share that view. It thus appears that President Trump and other dispensers of purported information to the general public were giving a rendition of contemporary affairs that was likely to incite rebellion against the United States government. Knowing that he had a loyal following, Trump told them that republican government was on the line, and that powerful conspirators were engaged in an operation to render their votes ineffectual.

That wasn’t true, of course. It was a lie, and a profoundly serious one. And he had help in the media and even in Congress. The intent, clearly, was to be believed, and to get people to act as if the disinformation was true. Reasonable people understand that many were likely to respond with violent revolt.

Why was this allowed to get so far? We have a very strong tradition in the United States supporting freedom of speech and the press. That is a good thing in the main, but even something that we consider so sacred can get out of hand. Lies that incite misguided rebellion is freedom of speech that is entirely out of hand. And we must stop it before it does more damage.

Sir William Blackstone, the great expositor of the common law, and whose Commentaries on the Laws of England provided the conceptual backdrop of much in the American Constitution, said, “The liberty of the press is indeed essential to the nature of a free state; but this consists in laying no previous restraints upon publications, and not in freedom from censure for criminal matter when published. Every freeman has an undoubted right to lay what sentiments he pleases before the public; to forbid this is to destroy the freedom of the press, but if he publishes what is improper, mischievous, or illegal, he must take the consequence of his own temerity.” [1] But we have changed freedom of speech and the press into a libertinism. The outcome of our folly should now be manifest to all. 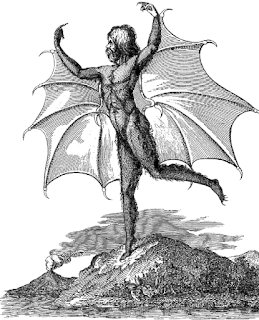 There has been much handwringing of late over the prospects of our country coming together again. The elephant in the room has been that we cannot achieve national unity if there is no agreed set of facts; and we can’t have an agreed set of facts if a substantial portion of the population is believing lies. Speech or writing, then, that is known to be false by the disseminator, or is disseminated with reckless disregard of its truth or falsity, and is of a nature to deceive the public into misguided political action, should be criminal. We cherish our democracy. But democracy can’t work if the people are victimized by disinformation.

Lies can harm society. Therefore, some lies should be prohibited.

Yes, there is a danger that governmental agents will abuse such a law. That’s true of most laws. For example, government agents can plant evidence in a variety of criminal cases, yet that is rarely, if ever, put forward as a reason to not have a criminal justice system.

But we have a safeguard that most countries do not: juries. Juries aren’t government agents, obligated to state superiors. They are drawn from the general citizenry, and it is they who will ultimately pass on the truth or falsity of statements. One day we will learn that it is the jury system that is the true guardian of our liberties, not prophylactic rules that inadvertently provide loopholes for the mischievous and cunning.

There. I said it.