President Trump has invited Michigan’s Republican legislators to the White House for a meeting on Friday [1], and there has been speculation that he will try to persuade the state lawmakers to send electors who will vote for him rather than Vice-President Joe Biden, who has won the election in that state. [2] Would that work?

Article II, Section 1, Clause 2 of the U.S. Constitution provides that electors are to be appointed in the manner that “the Legislature thereof may direct....” [3] This language seems to mean that a state legislature could appoint electors in total disregard of the state’s popular vote. And if there was nothing other than the Constitution to consult, that would, in fact, be the case. 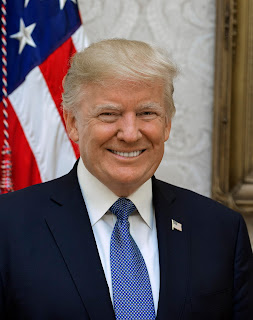 But there are federal statutes to consider, according to which electors are to be chosen on the Tuesday after the first Monday in November. [4] Of course, the counting of the popular vote can take some time past that date, so the electors can be chosen on a subsequent day in the manner that the state legislature has prescribed. [5]

Now states are required, by federal statute, to provide for the final determination of any controversy or contest regarding the appointment of their electors. [6] Critical here, is that state laws on point must be “enacted prior to the day fixed for the appointment of the electors....” In other words, a state legislature can’t simply change the rules after the election.

So if Donald Trump wants the Michigan State Legislature, Republican by virtue of gerrymandering, to send electors to vote for him, federal law will not permit it. The only gambit he could employ would be to convince Republican state legislatures to appoint electors against the will of the people of their states, with the idea of arguing before, ultimately, the U.S. Supreme Court, that the statutory requirement that state legislatures have to make their rules before election day is an unwarranted and unconstitutional infringement of their power to appoint electors in any manner they please.

We can hope (perhaps, against hope) that Republican politicians aren’t quite that devoted to Donald Trump. But there is something else that the Republican Party might try.

When the electoral votes are read before Congress, the presiding officer asks for objections. Objections have to be in writing, and signed by both a member of the Senate and the House of Representatives. [7] The respective houses both then separate, to make their determinations. This isn’t really a way for the Republican Party to overturn the results of the election, because if the Senate and the House of Representatives don’t agree, the votes of the electors certified by the state’s governor are counted, and that’s the end of it. But it can be a nuisance, especially if done repeatedly. And it might be a way for Republican members of Congress to demonstrate to Donald Trump’s devotees among the electorate that they gave the last full measure of devotion.